Skip to content
Home | National | Child exploitation on the rise

A counsellor for child rights narrated the story of a nine-year old boy who ran away from his home fearing separation of his parents. She told another about one who was bullied at school every day till he decided to drop out. The counsellor recalls several such accounts of kids suffering from emotional and physical trauma.

Vivek Dev, a Child Protection Officer working with BOSCO—a Bengaluru based NGO said, “Since most of these cases go unregistered, the official numbers are less.”

Chanda, a mother of seven and 11-year olds repented the decision of working as a housemaid and leaving her children alone under the influence of her drunkard husband.

She said, “I fear that my elder one will turn out like his father. He has become aggressive and doesn’t listen to me. He also engaged in a fight in school and bullied the other child. I don’t know what to do now.”

The NGOs records show that reported crimes are the tip of the iceberg. They revealed that 4,829 children (new cases) in the city were rescued by it, from June 2018 to May 2019.

The data also showed that 21,419 children were rehabilitated by it in the same time period, under various schemes run by the Child Welfare Committee in collaboration with the NGO.

Mr. Vivek Dev added, “This number distracts one from the actual situation as this data caters to only a single NGO. Collective data from all the NGOs working for the cause in the city would, however, amount to a huge value.”

Marytiza, a counselor working for child rights with the NGO stated that the main reason behind injustice against juveniles is poverty.

She said, “Illiterate parents or the ones who have to work all day and are unable to spend time with their children, ignite a fear of loneliness in them. The children then look outside for emotional stability and hence become vulnerable. Thus they are then exploited in various ways like being kidnapped, physically and sexually harassed, bullied, etc.”

A 24-year old, who was a victim of ignorance, violence and bullying in his childhood, recalled that he suffered from massive inferiority complex which affected his grades in school. “Low self-esteem,” he said, “made my life miserable.”

“I didn’t have many friends. Also, being diffident, I failed to impress the interviewers and faced rejection several times. But thankfully I managed to overcome my trauma.”

Broadly categorised under the IPC and the Special and Local Acts, crimes against children are dealt with around 21 laws and acts implying in the country.

Regarding the need to save the future generation from exploitation, the counsellor emphasised on spreading awareness, particularly among parents and teachers.

She said, “They need to accept the children as they are. They need to recognise the children’s talents, apart from academics as well. People must work towards creating a safe and restriction-free environment for them. NGOs have started help-lines for children and they organise awareness programs for groups like police, RPF, porters and shopkeepers, yet it is not enough. Proper implementation of the schemes is necessary.”

“Children must be taught life skills since the beginning and also how to face the society. They must be made aware of their rights, before we enlighten the society,” she added.

Most foreigners prefer not to ‘Study in India’ 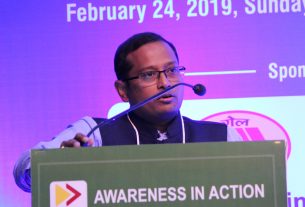 Is Tribal Trade in Fair Hands?

2 thoughts on “Child exploitation on the rise”