The National Family and Health Survey (NFHS-4) shows that the nutritional status of the children under five hasn’t much improved since the last survey conducted a decade ago.

Despite years of various government projects running to wipe out malnutrition from the state, the recently updated data of National Family and Health Survey (NFHS-4, 2015-16) shows that 11 percent of the children under the age of five are severely wasted or have low weight . Also more than one third of those children are stunted or too short for their age.

Though the number of stunted and underweight children has gone down since the last  survey,  which recorded the data of 2005-06 from 44 percent to 36 percent and from 38 percent to 35 percent respectively, the  cases of wasted children went up from 18 percent to 26 percent.

Richa Chaturvedi, a mother said, “When my son was born he was hardly of one kg and needed very good care ever since.t. The reason was that I had high blood pressure throughout my pregnancy period.”

Silky Mahajan, nutritionist, head of Foods and Nutrition Clinic said, “ There are mothers who themselves are anaemic and have some other issues which lead to the child suffering from malnutrition. After six months when the weaning starts they don’t get required nutrition. Lack of knowledge and poor economic factors are  also major reasons for malnutrition.”

“Mental health is also important. If the child is born to a disturbed  family the chances of the child being malnourished is very high. It takes one’s mental condition to be healthy for their body to intake the nutrition”,”she added.

Sombrita Dutta, a college student shared her reason of prolonged suffering from malnutrition. “I was always underweight throughout my childhood. Even now I often fall sick and have to go to the hospital for glucose saline. My problem mainly started after my parents started fighting and the atmosphere at home back then was not very pleasant. It affected me a lot. My parents are divorced now, but I still suffer from mild malnutrition.”

The Ministry of Health and Family Welfare has founded 1151 Nutritional Rehabilitation Center (NRC) to treat children with Severe Acute Malnutrition (SAM). Dr. Kalavathi Devi, Reproductive Child Health Officer (RCHO), Dasappa Hospital said, “We have some 804 Anganwadi under BBMP area, where we conduct our quarterly check-up to keep a track of the kids, along with that we conduct monthly check-up in all the government and aided schools. If any child is found moderately malnourished we send them off to the Primary Health Care Center (PHC) and if the case is severe they are sent to Vanivilas Hospital that  has NRC department where the children get the proper treatment that they need.”

In 1975, the government of India had initiated the Anganwadi project under the Integrated Child Development Services (ICDS) to provide with the facilities to the women of the rural, tribal and urban areas and improve the nutritional status of children from the age 0-6. The website shows that at present, 376 ICDS projects are sanctioned with 66,101 Anganwadi Centers covering the whole state. Out of them 300 are in rural, 29 in Tribal and 34 in Urban areas, but the NFHS -4 showed that stunting is higher in rural areas with 41 percent than urban areas that has 31 percent.

Dr Edmond Fernandes, Chief Executive Officer of Center for Health and Development said, “Malnutrition is prevailing due to gross ignorance, lack of political will, government lethargy, lack of corporate social responsibility and inappropriate dietary feeding. This can be dealt with by improving capabilities of field facilitators, invest in home-based energy rich diet. Engage with government to allocate more funds for malnutrition.” 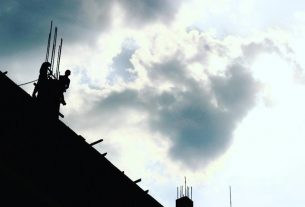 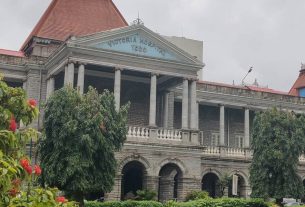 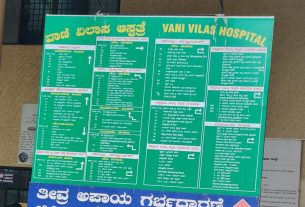