As Karnataka recorded  its highest number of KFD cases in three years with the death of ten victims, Bangaloreans have no clue what Kyasanur Forest Disease is.

What happens in Kyasanur, stays in Kyasanur—is what Bangalore thinks when it comes to awareness of the deadly zoonotic disease. Survey conducted by ‘The Softcopy’ shows that nine out of  10 Bangaloreans do not know about Kyasanur Forest Disease or monkey fever which has been  gripping Karnataka since 1957.

“It is similar to what was reported in China as virus outbreak,” said K.Y. Jayaram, a retired scientist based in Bangalore.

Kyasanur Forest Disease (KFD) or monkey fever, as worded by the National Health Portal is a tick-borne viral haemorrhagic fever endemic to Karnataka state. The disease was initially limited to Shivamogga district, but later spread to Uttara Kannada, Udupi, Mangalore and Chikmangaluru districts.

Shivamogga reported 248 cases out of the total 296 cases of KFD last year in Karnataka, with the death of 10 victims, as per the annual report released by the Health and Family welfare. The number is 14 times higher than the number of cases reported in 2018.

The Shivamogga District Health Department has taken up the National Health Programme to provide surveillance, treatment and awareness about KFD. Dr Devendrappa, Shivamogga, said, “Since the forest is close and monkeys keep coming to the villages, the virus spreads easily. People ignore it thinking it is only a headache and normal fever.” He added, “Proper vaccination and medication is necessary.”

Apart from Karnataka, the disease has spread to other Southern states of Tamil Nadu, and Kerala.

Monkey fever can spread with the increase in number of new foci. It is also indicated that ecological changes because of deforestation, use of new land for farming and grazing can led to the spread of KFD virus in new geographical areas.

Trekking in the Western Ghats forest  could also spread the disease and Bangaloreans should be aware of that.  An article on KFD outbreak and vaccination strategy on the National Centre for Biotechnology Information (NCBI) portal confirms the vaccination strategy introduced by the Health and Family Welfare Department of Karnataka. The strategy involved mass vaccination in areas where KFD cases were reported and in villages within 5km radius of the affected area.

However, the lack of awareness about the vaccination is not limited to the capital city, but also to the most affected area—Shivamogga. “I don’t think so there is any vaccination for KFD available. It is not introduced in the market as of now,” said a doctor from the vaccination department of Sarji hospital, Shivamogga.

Reports say that the government is planning to setup a research centre for monkey fever amid the increasing number of cases. The number of casualties were reported due to lack of proper vaccination program,  treatment and unavailability of medicines. The Health Ministry had also directed the hospitals to stock up the medicines after the cabinet approved the setting up of the research centre.

The Virus Diagnostic Laboratory in Shivamogga conducted a research on ticks, monkeys and humans. They found that in monsoon season, the ticks mate and the female ticks lay thousands of eggs before dying. The larvae, stuck on the leaves, depend on small animals like squirrels for food. By the end of the season, the tick metamorphoses into a nymph and infect humans through infected monkeys.

Many Indian researchers have collaborated with the UK researchers to investigate the KFD under the ‘TheMonkeyFeverRiskProject’. 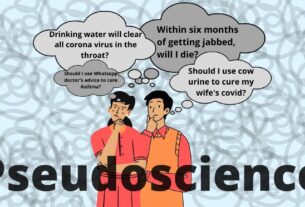 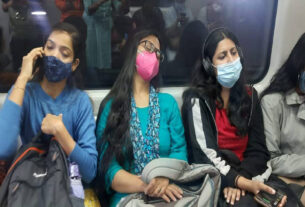