Feedback devices in pay and use toilet are not functioning. Most users are unaware of such devices.

The feedback devices installed by Bruhat Bengaluru Mahanagara Palike (BBMP) in pay and use toilets are not in a working condition because of which the users are not able to give feedback. Also, some users are not aware about the feedback machine too. This scenario defeats the purpose of installing the machine.

Users can choose the button that best represents their experience, and the feedback goes to the urban local body. In case of continuous negative feedback, the government would send an SMS to the establishment for corrective action.

Raju Gowda, a fruit seller near Majestic station said, “I am a frequent user of pay and use toilets. I used to think it is  a control panel for the air conditioners.”

Hanumant, another user agreed that he is not aware of the machine and its purpose. He said, “I am not aware of any such facility of giving feedback.”

The feedback machine allows the user to grade the toilet based on good, average and bad.

However, the BBMP officials have a different opinion on the issue.

Viswanath, Chief Engineer of Storm Water Management (SWM) said, “The zonal ward inspector goes on a regular visit to the toilets. An agency is set up which informs us if the feedback device is not working. We take action on it within two days.”

A citizen activist  suggested a solution for the same.

Srinivas, member of Citizens for Bengaluru said, “The BBMP should inform the local ward committee. The committee should come and look at the problem and try to solve it quickly.” 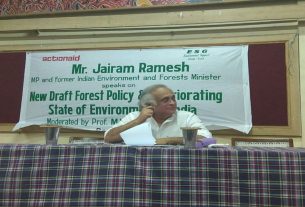