Dearth of funds leave private goushalas across Bangalore grappling to serve the bovine without compromising on the quality of their living condition.

Geeta, who helps with the Akhila Karnataka Prani Daya Sangha Goushala said, “We have about a thousand cattle and would love to house them but can’t take more due to the lack of funds and space.”

K. Manoharan, an animal lover who visits the goushalas twice a week to feed the cattle said,” I never indulge in monetary contribution as there is no guarantee who the funds will reach to. Government funds are swindled by the middle man and do not reach the goushala.”

He added, “Hygiene of the goushalas has improved over the years but the drains that can injure the animals need some work.”

Sunil Dugar who oversees the Goushalas told The Softcopy, “The goushalas are overburdened by the responsibility they have towards the cattle and we receive no monetary help either.”

Most of the rescued cattle at the Kormangala goushalas are from slaughter houses. Mr. Dugar added, “We feel for the cattle as their condition is precarious. The cows are forcefully artificially inseminated every seventh month for dairy products all their life and later left on streets or sold to slaughter houses. The incidents of intentionally injuring bulls and healthy cattle are on rise. Transporting the injured cattle is easier and they make about Rs. 75,000 per cattle.”

Herd of claimed and unclaimed bovine are seen roaming on the streets in KR Market, Kormangala, Kanakpura Road and Shivajinagar. The municipal corporation Act necessitates penalty on the owners. The cows in KR Market are the insured cows while about 23 are stray cows on the Kanakpura road.

On Thursday Commissioner Anil Kumar announced that the BBMP has began “rounding up” the cattle that causes traffic jams.

Sanjeev, personnel from Kormangala Police station said, “BBMP has a designated place to keep the picked up cows which are returned after imposing a penalty on the owners. The un-claimed cows are sent to the goushalas.”

While Mr. Dugar said that it is overbearing on the goushalas and the cattle that can’t be kept in the shelters, the picked up cattle are temporarily lodged at Cattle Pound near Town Hall.

Mr. Badrinath, owner of a Goushala said “Animals are moved together if they’re moved at all. If an official circular is passed by Animal Husbandry Department, BBMP cannot simply collect these cattle, they have to put them in a cow shelter.”

The Kormangala Goushala, in a letter to the BBMP had recommended allotment of 2-3acre land in the outskirts of the city where the stray cattle can be housed and cared for. 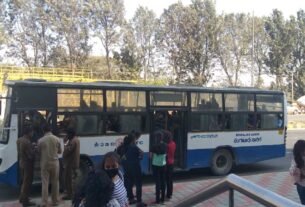 Trucks ply city roads in the day despite ban 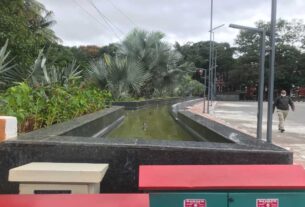