Data released by Central Bureau of Health Intelligence (CBHI) shows that out of 1855 suicides committed in Bengaluru in 2015, 66 per cent of the victims were men.

Even the National Crime Records Bureau (NCRB) data on suicides in the year 2016 shows around 67 per cent of the suicide victims in India were men.

Experts believe that lack of encouragement for releasing emotion in our society is the major reason. S. Sharmila, a psychologist, says, “In the Indian society, we have this notion that men are not supposed to cry. They have to be strong and there is always that pressure on them.”

In Karnataka, more than 10,000 cases of suicide were recorded in 2015. It stood 3rd among all Indian states in the number of suicide cases.

The city also stood second among major Indian cities in terms of number of suicide deaths with another south Indian city, Chennai, which topped the list.

According to World Health Organisation (WHO) reports, one person dies of suicide in the world every 40 seconds.

Sharmila further says, “There are many things that can be done to reduce suicide deaths. There is need for some kind of burnout system at workplaces to assist people in battling mental health. There is need for more and more counsellor. There should be an immediate helpline number to control mental illness just like we have helpline for customer care.”

Mohan Kumar, programme co-ordinator, Karnataka State Mental Health Authority, said, “We have certain initiatives in place to tackle suicides. Every week a radio program called ‘manochintana’ is aired by us to make people aware about mental health and to prevent suicides.

“In every district there is a District Mental Health Program (DMHP). Under this, we have several psychologists, Social workers and psychiatrists. They give seminars, lectures and workshops about awareness and prevention of suicide in colleges and government offices. They conduct roughly around 20 programs every week,” he added.

Crisis in the Tibetan Market 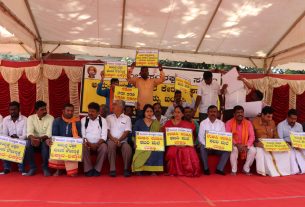