Heavy vehicle drivers have to take the jam-packed service road.

Repairing the Sumanahalli flyover has not brought any relief to truck and other heavy vehicle drivers. Heavy vehicles are still not allowed on the flyover.

“We get stuck in traffic every time we pass through the area as the service roads on the sides are small, and not only heavy vehicles, but other vehicles also pass by. The closing of the flyover has made reaching a destination more time consuming” said Mr. Anand K, Member of the Federation of Karnataka State Lorry Owners and Agents Association.

“Heavy vehicles aren’t allowed as it will result in worsening of the condition of the road due to the weight. It has not yet been decided when heavy vehicles will be allowed, we are doing tests like Ultra sound, cover metre and rebound hammer tests, currently light vehicles like bikes, cars, Autos and mini trucks are allowed to travel on the flyover,” said Mr. Nandeesha J.R Executive Engineer, BBMP.

Very few traffic policemen have been posted on the spot, adding to the chaos.

The Sumanahalli flyover was recently shut down as a sinkhole formed on the flyover on November 1, 2019. The flyover is situated on the Goraguntepalya-Nayandahalli section of the Outer Ring Road, over the busy Magadi Road connecting Nagarabhavi and Dr. Rajkumar Samadhi. The flyover was built in 2010 by the Bangalore Development Authority.

Experts say that better maintenance would have avoided the problem. “The main reason is the improper maintenance of the flyover; had that been taken care of such sinkholes wouldn’t have been there in the first place. Quality testing is required because the average lifespan of a bridge is 50-60 years. After every six or three months the testing should be done. Reconstruction of the road is necessary, and no heavy vehicles should be allowed as of now, because although the bridge sinkhole is filed, it’s not sure whether it can bear 30 tonne or 60 tonne load.” said R Vinod Kumar, Civil Engineer.

Public toilets not so public in Bengaluru 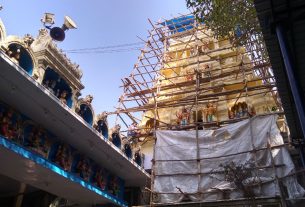 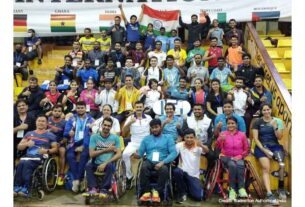