Skip to content
Home | Taluk | “Pick a bale of cotton”

Many farmers in the Bailhongal taluka have decided not to grow cotton crops from next year, succumbing to the losses they are facing due to excessive rains and lack of subsidies on fertilizers and pesticides.

Due to the excessive floods and rainfall in the villages of Bevinkoppa, Amatur, and Nayanagar, farmers have suffered major losses with the cotton plantations getting destroyed and have decided not to grow cotton next year onwards.

No subsidies have been provided to cotton farmers for buying fertilizers and pesticides, according to the Amatur Gram Panchayat.

“Even when the farmers spend money on fertilizers and pesticides, it has not been effective because of excessive rainfalls,” said Kotabappi.

Cotton is an unusual crop as it needs both dry and wet weather. With less than average rainfall in 2018-19 and floods in 2019-20, both areas under cultivation and yield of cotton have been falling, according to the Cotton Association of India.

The farmers are suffering from poor losses caused by pests, diseases, and lack of incentives.

Amatur Gram Panchayat member, Rudra Gowda Patil, said, “Farmers are apprehensive of facing another crop loss as the state government has failed to restore farm infrastructure and release compensation to these farmers.”

“Compared to last year’s 365 lakh bales, crop in the current year will be lower by 37 lakh bales,” said Atul Ganatra, President of Cotton Association of India. “This year was the worst in past ten years, in terms of cotton production in the country. Our last lowest crop was in the year 2009—which was 305 lakh bales.”

A farmer in Bevinkoppa, Shivarudrapa, said that cotton production has remained below expected standards with the mushrooming pest infestation and high cost of pesticides.

“The farmers in this village and the neighboring villages have decided not to grow cotton from next year,” he concluded. 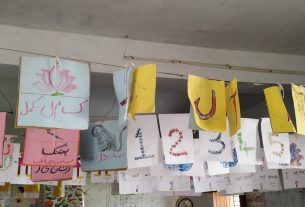 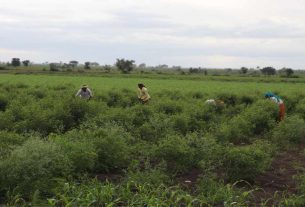