The Chief Minister has given a green signal to allocate a larger market space for the vegetable vendors of the New Kalasipalyam Market in Bengaluru.

A green signal has been given by the CM to meet the promises made to the Vegetable Vendors Association (VVA), dispensing more than 40 acres of land near Hosur Road, for the vegetable wholesale market.

Sanaullah Khan, President of VVA in the New Kalasipalyam (NKP) Market met Cheif Minister B. S. Yediyurappa this month with a donation for the flood relief and discussed about the relocation plan of the market.

“The CM approved the plan recently after meeting with the parties involved, and the Deputy Commissioner has begun vacating the area for the new market,” said Chandrashekhar, Supervisor at Regulated Market Committee (RMC).

An overpowering, decaying smell dominates the NKP Market area. There are no toilets or drinking water facilities anywhere in the market.

The vendors have been complaining against the delay in the relocation plans for the market as they have been withstanding losses, given the narrow roads leading to the market, causing congestion and loss of produce.

The market is crammed in an overcrowded part of the city, near the K.R. market on JC Road.

Sanaullah Khan said, “We were promised 30 acres of land near Airport Road under Chief Minister SM Krishna’s term, about 15-20 years ago, but nothing has been about it since then.”

“With the rising prices of land near Airport Road over the years, the promise of the land went down the tube,” he added.

The VVA President said that the delay has cost the vendors a lot of money and resources.

“The market and the road to it is very congested. It takes extra efforts to get large trucks to the market, and even then, only one truck can pass at a time,” he said.

“If one truck comes in, it gets stuck due to the inflow of other vehicles, and it gets impossible for it to get out of the market premises the entire day. In this ruckus, the vegetables perish and the vendors and consequently the farmers, face loss”, said Mushtaq, a vendor in NKP Market.

Mr. Khan said that although the CM assured him that the relocation plan would begin soon, howver,ever, he is uncertain whether something will actually be done.

He said, “The rent of the shops is raised by five percent every year by the BBMP, and we pay one percent of our sales as cess to the RMC weekly, but we don’t complain.”

All we need, Khan said, is a larger market space to store all the produce and that is easily accessible to the larger vehicles.

“The construction of the market space will begin soon, and it will be ready in about 2-3 years”, said the RMC official.

More than 40 acres of land on Hosur Road has been allocated for this project, and the plan is to make the new market larger, which would solve most of the vendors’ problems, according to the RMC official.

Urban Planner, Sameer S, welcomes the move saying that the market relocation will solve a lot of issues at once.

He said, “It will now be easier to transport produce to the retail markets without wasting time, and the produce won’t go to waste.”

Sanaullah Khan hopes that this plan goes through and isn’t delayed further.

He said, “We have waited enough. It has been years, and I hope something solid is done this time.” “Helping the vendors consequently helps the farmers, who suffer the most because of this,” Sanaullah concluded. 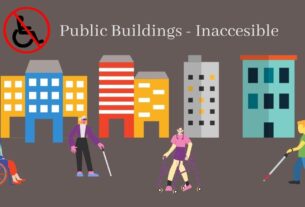 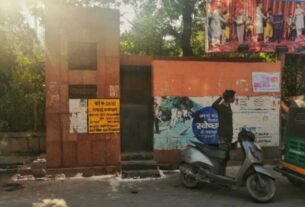