Most of the government schools in Bangalore do not have a physical education teacher;    Students lack encouragement for taking part in sports.

“No physical education teacher has been appointed in primary schools since the last ten years,” said a member of Karnataka State Physical Education Teachers (KSPET). He said many posts of PE teacher remain vacant because of superannuation.

News Reports say that there is a shortage of PE teachers. Out of the 10,000 sanctioned posts across all government schools, only 6,000 are filled. When the Softcopy visited Golahallli government high school, Arish Kumar, a staff, said that the post of P.E. teacher has been vacant since the past two months as he was transferred somewhere else.

Officials at DDPI informed that it is due to reclassification of classes and change in eligibility criteria. He said, “There has been a structural realignment because of which the government has not appointed PE teachers in the last ten years.”

He added that in 2013 classes from one to five were reclassified as lower primary, classes from six to eight as higher primary and classes nine and 10 as high school.”The designation of the teachers changed with the reclassification and government is still working on finding a solution to the number of vacant teacher seats and awaiting applications,” he said.

Before 2013, classes 1-7 were considered primary school, and classes 8,9 and 10 were classified as High School.

In 2007, the state government made physical education mandatory across all state schools, for classes six to nine. Both theory and practical should be in the curriculum.

Karnataka State Education Policy points out that sports and physical education must be seen as an integral part of the curriculum. Funds should be provided by government to organise regular sports meet for students – both inter and intra school.

BS Venkatesh, Manager at the Young Men’s Christian Association said that the reason for non-appointment of PE teachers given by the government is that there is no certified qualification of PE teachers, to judge their quality. “Since 1995, no physical education teacher has been recruited in government primary schools. Maybe it is because of funding issues. But the fact that the government is unwilling to hire PE teachers because they are not qualified is unreasonable,” he added.

Director of Physical Education, Sri Laxmi Pathi informed The Softcopy that  although 3000 posts of P.E teachers are vacant in Primary Schools, 80 per cent of the Secondary schools have P.E teachers. “Government is yet to approve the 973 profiles of P.E. teacher which have been filed. We are planning a strike in June 2020 in Bangalore throughout Karnataka,” he added. 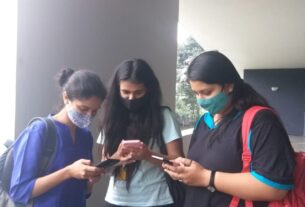 Universities yet to empower women to reach UN goals 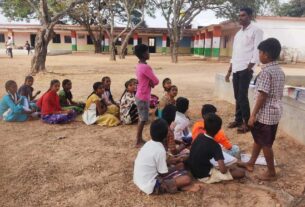 ­State funding for education in Karnataka on the decline

1 thought on “No physical education for primary school kids”