In Bangalore Urban 4,736 people had applied for the Pradhan Mantri Aawas, out of which only 1,146 people have  benefitted from the scheme, according to the PMAY website.

In Bangalore Urban, under the Pradhan Mantri Awas Yojna, more than half of the population that applied for the scheme did not receive accommodation or funds for accomodation. People are still awaiting the funds to build their houses.

Manjula Shinde, a resident of Bangalore East said, “I had applied for the scheme two years back but haven’t received any installment for the construction of the house till now. I do not live in a well-constructed house. During monsoon all the rainwater comes inside my house and it is difficult for me to live in that house.”

The Pradhan Mantri Awas Yojana programme aims at providing houses for women, economically backward groups, SCs and STs.  Now it has been also extended to disadvantaged sections like Transgender, Widows, and members of the lower-income groups, physically disabled and the urban poor.

Under the scheme a total amount of Rs. 1, 20,000 is provided for the housing in 3 installments. The plan comes to Block Developmental Officer and is sanctioned ahead by the Gram Panchayat and Gram Sabha.

Mr. Ravindra. K, an official at Rural development Authority said,“The eligible beneficiaries of the scheme were decided using the 2011Social Economic Caste Census(SCC)  data. The development block prepares permanent waiting list for the accommodation that is to be sanctioned by the block. Some of the villages presently are not under SCC hence their report goes to ‘Awas Plus App’ and further procedures are carried out accordingly.”

As per the Pradhan Mantri Awas Yojna, there are certain targets to be covered based on the number of registered beneficiaries, under different categories, in a particular block. The final list goes to the Gram Panchayat after that Rural Development Authority finalizes the eligible beneficiaries from the Permanent Waiting List (PWL). Then, Public Finance Management System(PFMS) releases the first installment to the first transaction office of the district, who then transfers it to the block accountant and finally after that it reaches the beneficiaries’ bank account.

HS Krishna, a social activist said, “The villages which are not registered in SCC data should be soon registered so that all the people who are in need should get the benefit. Apart from that, the government should increase its target for the sanctioning of the Awas and speed up the procedure for transferring the first installment.” 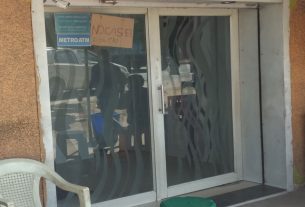 ATMs out of cash