Despite the ‘announced’ success of Pradhan Mantri Awas Yojana, Sandur Taluk continues to have pending beneficiaries.

Sandur Taluk in Bellary district has 152 pending housing beneficiaries under Pradhan Mantri Awas Yojna (PMAY) for 2019—20, as per the data provided by Taluk Panchayat.

Kumaraswamy, a resident of D. Mallapur village, said, “Most of us continue to live in the kaccha house. We have either one or two-room houses. Since we are from the lower economic background, we don’t have enough money to build a pakka house.”

Manjula, one of the residents of Ranjithpur village of Sandur Taluk said, “We have been living in this single room for years. We can’t do anything but live in this cramped up space. My son doesn’t earn much to even build a separate space for cooking, so how can we build a house on our own. Some people came and did the survey six months ago, asking questions about family members, toilets and my house. But after that, the progress is nil.”

One of the main objectives under Pradhan Mantri Grameen Awas Yojana is the selection of beneficiaries amongst the Below Poverty Line (BPL) cardholders using housing deprivation parameters in the Socio-economic and caste census (SECC), 2011 data, which is to be verified by Gram Sabha. The selection is done for the households which have zero, one and two kutcha wall and kutcha roof houses.

As per the reports of the Ministry of Rural development, around 1,510 households have been registered in Sandur Taluk under SECC.

Arun Kumar, Panchayat Development Officer, Kumturu village said, “The government funds do not reach the Gram Panchayat. If we have money, we will have no problem in building the houses.”

As per the objectives of PMAY, around one crore kutcha or depilated houses need to be covered for the year 2016-2017 to 2018-2019. However media report hyperlink please suggests that the PMAY-G is running behind schedule. They were supposed to build 10.2 million houses by March 2019. However, data from the ministry of rural development suggests that the scheme’s performance has been less than stellar.

Mr. Roshan, a member of the Zilla Panchayat said, “The selection of beneficiaries was done during the 2011 survey. After that, the choice of reference is done by the Gram Sabha.”

Mr. Sandeep, who works for the Sustainable Goal Development, said, “We need a planned manner for the implementation of policies. The authorities incharge needs mapping out the flaws in the system .”He added, “We need active participation from the citizens as well. The citizens should follow up and track the work of the government. “ 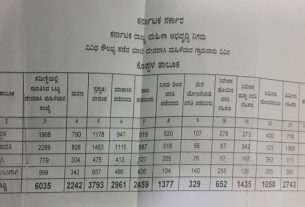 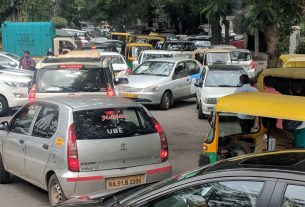