Due to the high demand of Mudhol hounds and lack of purebreds, these hounds at CRIC are over-exploited for breeding.

Female Mudhol hounds at Canine Research and Information Centre (CRIC), Mudhol are being over-bred due to their high demand, both amongst people and the Indian army.

Data from CRIC showed that some female hounds have born over 100 puppies in their lifetime. Out of about 40 hounds, 30 are female.

At 120th, 121st and 122nd dog show held on November 9 and 10 at Hockey Grounds, Veterinary College Campus, Hebbal, the indigenous breed of Mudhol hounds had the audience in raptures. It has received many trophies in the previous championships.

After the show, many people from the audience contacted the breeders that had come with their Mudhol hounds for the puppies. However, their requests had to be declined as there was a long-pending queue of people waiting for puppies of expecting mother hounds. This included the Indian Army.

Mr Benakatti, caretaker of the Mudhol hounds at CRIC, said, “We have a female dog named Jimmy who is 12 years old and has given birth to 130 puppies in her lifetime.”

In 2016, Mudhol hounds became the first indigenous breed to be inducted by the Army’s Remount and Veterinary Corps (RVC) centre in Meerut. The dogs played a crucial role in detecting Improvised Explosive Devices (IEDs) and tracking during counter-insurgency operations carried out by the Army, among other roles.

Mudhol hounds have an average lifespan of 10 years, and are adept at hunting and running. “They eat and sleep very less and are low maintenance, which makes it the favourite of all. They are also very intelligent and at par with other foreign breeds,” said Mr Benakatti.

CRIC was established by Veterinary College of Bidar in 2009 to conserve and propagate the pure breed of the hounds. Initially, they were given to Dalits who took care of them and sold them in the market to make money. The government bore all the maintenance charge to help them out of poverty. However, the programme was discontinued as the demand rose. Surveys reveal that over 600 families—90 per cent of them from SC/ST families—were making a living out of Mudhol breeding in Bagalkote district of Karnataka.

Santosh Kharge , one of the many people waiting for a Mudhol puppy, said, “I had contacted CRIC about a year ago for Mudhol puppy and still haven’t received it. I was informed that some 6-7 puppies are born recently and that hopefully, my turn will come this time.”

Mr Benakatti said, “To track the hounds, we inject a GPS tracker into them. But the dogs bred by villagers do not have these trackers, as they only come to us for vaccination.”

CRIC occupies an area of 40 acres in Timmapur village. In spite of that, it harbours only 40 dogs even if the demand is so high. The females are impregnated every 6 months to meet the market demand.

Mr Praveen, animal rescuer and activist said, “The dogs should go on heat naturally. Breeders should do a health check-up before they mate the dogs. This would prevent the female dog from adverse health implications and consequently check over-breeding.

“Injecting the female dog to prepare them for mating is illegal,” he added. 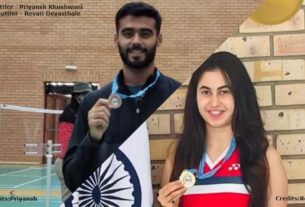 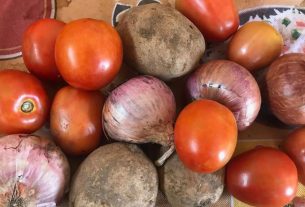 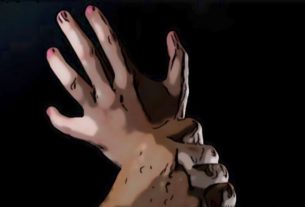