Construction work that started in 2017 and was supposed to be completed within 9 months, will take another year. The project cost has gone from Rs. 50 crores to Rs. 60 crores.

Residents and shopkeepers of Kumara Park area are complaining that the construction of the over-bridge has not yet been completed by the Bruhat Bengaluru Mahanagara Palike (BBMP).

The construction that started in 2017 was supposed to be completed within nine months. The site engineer conjectures that it’ll take another six to twelve months for completion.

A shopkeeper and resident of the area, Mr Hitesh Poornima said, “Two years are already over and not even a quarter of the work is finished. The roads were smooth earlier but due to the prolonged construction, they are now damaged.”

Other people in the area said that there was parking space near the junction earlier but it has now vanished. They complain that the because of potholes, the situation worsens when it rains. 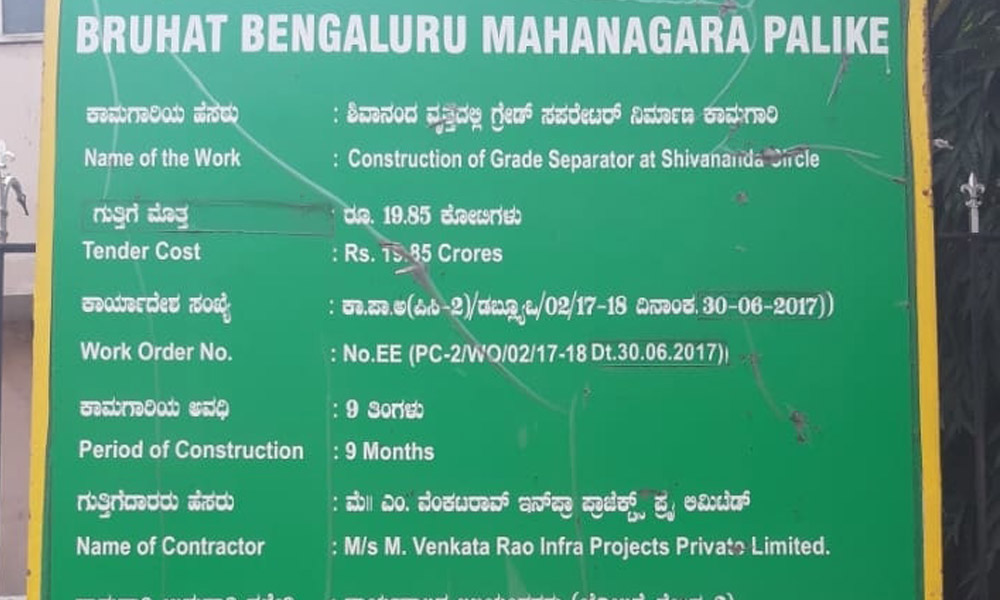 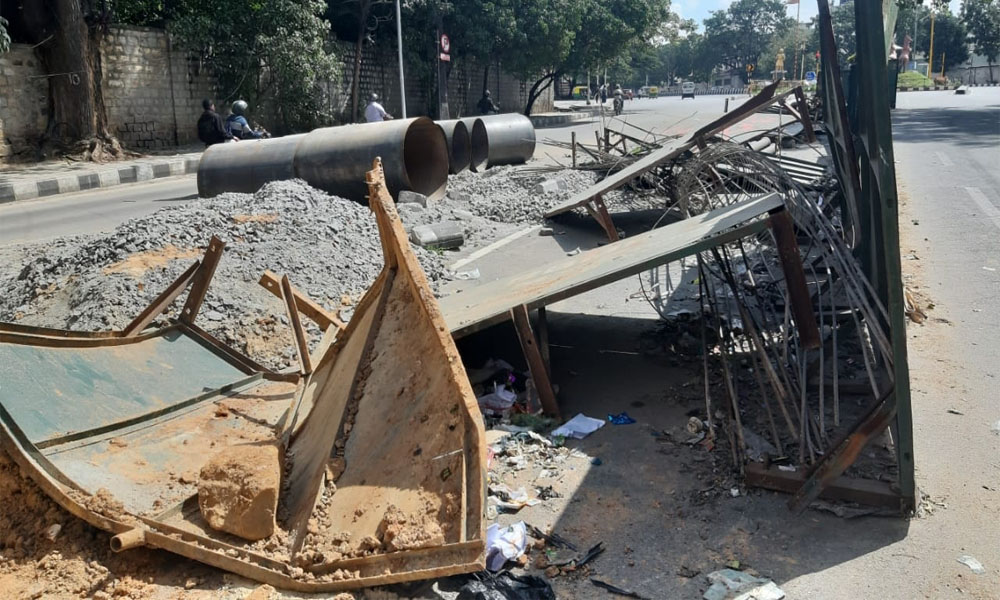 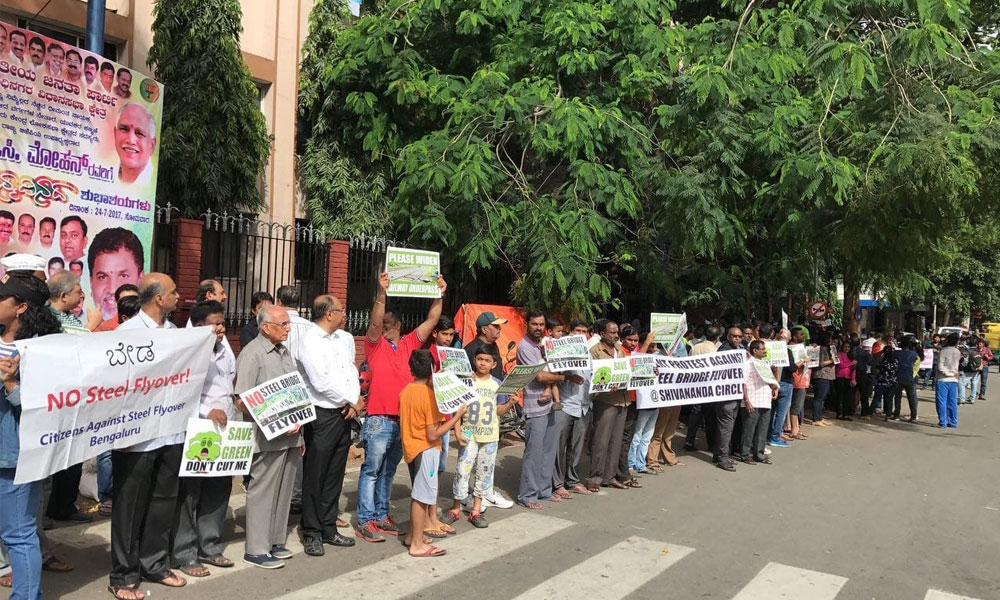 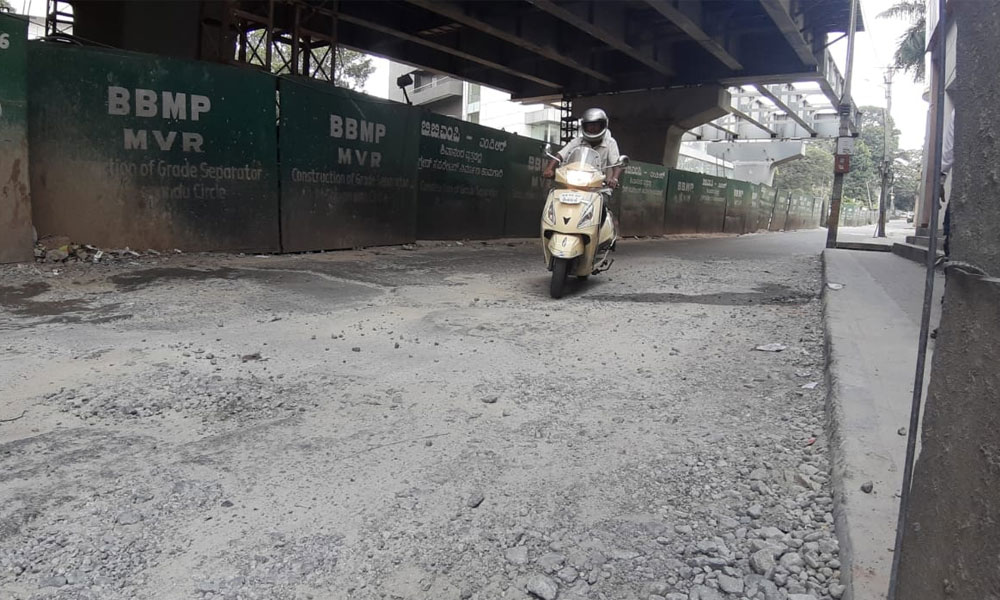 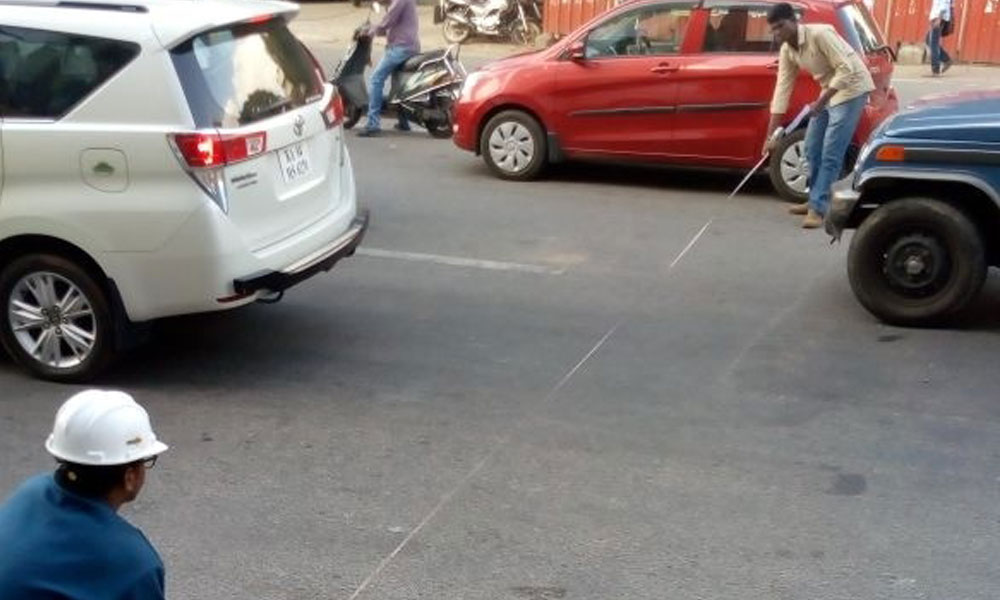 Mr Poornima added, “The construction goes on at night and disturbs our sleep. This has been going on for so long now. The project is an utter wastage of taxpayer’s money.”

Most people question the need for the over-bridge. A chemist shop owner opposite the construction site said, “The bridge will only create a bottleneck down the bridge causing major traffic slowdown. It has also hampered our business.”

The over-bridge was extended from six pillars to 16 pillars last year, according to the Assistant Executive Engineer, Mr Chetan Nayak. The new extension covered the entire stretch of Racecourse circle to Shivananda circle.

Mr Nayak said, “The construction was mired with land acquisition and fund allocation issues. The protesters had approached the Supreme Court regarding this but the project was approved.”

The roads adjacent to the project on either side are narrow, and barely enough for one vehicle to pass through. They are barricaded. Ambulances are often stuck in the traffic that results.

Thousands of people have protested against the proposed bridge in the past. Mr Srinivas, the urban planner, opposed the construction vehemently, saying it is a complete wastage of resources and doesn’t serve any purpose. “Rather, it makes things worse by creating a bigger traffic problem,” he said.

Professor M N Sreehari, advisor to the state government for traffic, agreed that the bridge is technically unsound and unviable as the circle has a proper traffic signal.

Most restaurants not accessible to the disabled