No compensation for the family of the deceased migrant labourer.

Suitable compensation is not granted to the family of the migrant labourer, who died in a hit-and-run accident at the Outer Ring Road (ORR). They are left with no source of income to provide for a family of five, after the unnatural death of their only son.

This is typical in case of migrant labourers, who move out of their cities in search of work. Both BBMP and BMTC have shrugged this responsibility off their shoulders.

Deepak N., Public Relations Officer, BMTC, said, “The BBMP was responsible for all the infrastructure-related works. The civic body had given the tender to a private firm for painting road signs for the bus priority lane on ORR, that in-turn hired these labourers. Anything to do with compensation, etc. will be handled by the BBMP.”

Chetan Nayak, Assistant Executive Engineer, Road Infrastructure, BBMP, said, “The private firm has signed a contract with the labourers, under which there would be a separate provision of accident safety and compensation. We are, under no circumstance, responsible for granting compensation to the families of these labourers.

“As far as the role of BBMP is concerned, we try to ensure that no such accident takes place in the first place. We have various safety gears for the workers. We also put warning boards and signs where work is in progress.”

Police have not been able to trace the vehicle and the errant driver yet. It is shocking that one of the most congested roads of the city does not have optical zoom surveillance cameras to zoom in and out without compromising the quality.

Ravinath D.H., Investigation Officer, HSR Layout Traffic Police Station, said, “The accident happened near Salarpuria Softzone. We have scanned the footage of CCTV cameras of the company, but the scene of the accident has not been covered. We are now questioning the security guards.”

“There are some cameras installed along the ORR priority lane as well, but their zooming power isn’t good. It is not clear which vehicle hit the labourer.”

Authorities at St. John’s Hospital said that Rathod was already dead when he was brought to the Emergency Unit. Doctors made a few attempts to revive him, but all in vain. The body of the 26-year-old labourer has been handed over to his family members this morning.

Family members of the deceased have taken the body from St. John’s Hospital mortuary to Nagpur, where they will perform the last rites.

The Nimbus Priority Lane is an integrated project of BMTC, BBMP, Bengaluru Traffic Police and other government agencies, who hired contractors to complete the work, to come up with a dedicated lane for BMTC buses.

This accident happened three days after the full-fledged operation of the BMTC bus priority lane at the Outer Ring Road (ORR) began. A day before the accident, traffic police had asked for BBMP’s help in deploying 200 marshals or home guards on the bus-priority lane.

Dr. Cecil, Professor of Medicine and Haematology, said, “A life has been lost because of someone’s carelessness—be it the car-driver or the enforcement agencies. They should realise that the deceased person’s life was as precious as their own. The concerned government authorities should focus on enhancing the safety of workers and commuters on road, especially on the newly developed bus priority lanes.” 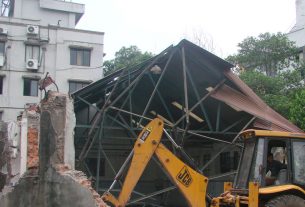 Encroached Land Around the City Causing Distress to the Residents 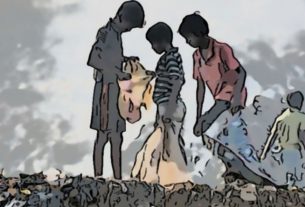