Senior citizens in Bangalore still suffer from abuse despite the celebration of World Elder Awareness Day every year. The number of calls received on the helpline is increasing, say reports.

Elder abuse continues to be the least investigated and overlooked crime. Bengaluru witnessed an upsurge of 41.17 per cent in the elder abuse and harassment cases in 2019 as compared to the previous year.

While 8457 calls were received on the Elder Helpline Services till October 2018, the number boosted to 14376, in the same period this year.

The abuse includes physical assault, verbal, mental, and financial intimidation of the elderly.

Elder Helpline Services available on 1090 emergency number is a joint initiative of Nightingales Medical Trust (NMT) and the Bangalore City Police, to tackle violence of all kinds, against people in the last stages of their lives.

It aims to provide legal advice, counselling, police intervention and creating a safer environment for the victims of such abuse.

Senior Counselor, Elders Helpline, Sandhya G. said, “We proceed on a complaint only after verifying it and it is unfortunate that such cases are increasing substantially.”

“We try to settle the conflict amicably outside the court by giving warnings to the accused through the cops. If still the matter isn’t resolved, then advocates voluntarily take up these cases,” she added.

She further said that whoever intentionally abuses or abandons parents or senior citizens is punishable under the Maintenance and Welfare of Parents and Senior Citizens Act, 2007. Punishment under the offence includes imprisonment ranging from three months to a period of six months or fine up to Rs. 10,000 or both.

A senior representative of an old age home in Bengaluru said, “Currently we are a home to 121 senior citizens, who are poor and abandoned by their family. This number is increasing with time because the youth now feels that elders are a burden. Their suffering is miserable, but the old age homes strive to make them live and not just survive,” she added.

She further expressed her dismay and said, “Various government schemes like National Programme for Health Care of the Elderly (NPHCE) envisaged to providing preventive and rehabilitative services to the elderly are poorly implemented. It is the charity by the locals and hard work of the volunteers that these old age homes are surviving.”

The calls pertaining to written complaints increased by 28 per cent in a year. While the cases of elder harassment or cheating by the family members rose by 23 per cent in the same period.

An advocate in the High Court, Kapil Dixit told The Softcopy that there is a huge disparity between the calls received and the number of complaints registered, due to fear of retaliation, and that they would have nowhere to go.

“I deal with elder abuse cases almost once every two days, which is quite frequent. Most of the complaints are regarding financial and property-related matters. We take up the case, but the police don’t seem motivated enough to call the parties to the police station. They try to warn the accused on the phone itself. Same is the case with other helplines,” he said.

The data from the helpline services shows that only 30 per cent of the total complaint calls actually get reported.

Mr. Dixit added, “It is surprising that senior citizens actually don’t want any stringent punishment for their abusers. Although they call us up, they plead for admonition. It may be because no one wants to get separated from the family.”

Elder abuse is an overlooked branch of the Ministry of Social Justice and Empowerment. Harassment against senior citizens is fueled by their dependency on the remittance from their children.

“From a social perspective, unless the concerned authorities do not vow to identify and deal with the problem seriously, elder abuse will continue to be ignored,” added Mr. Dixit. 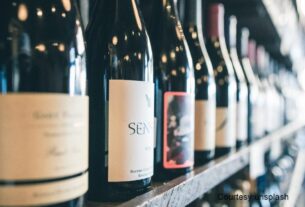 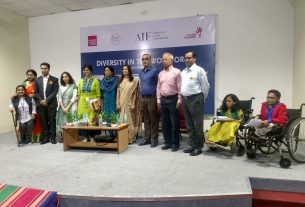 Companies Adapt to the Disabled