Alcohol consumption among the youth in Bangalore has increased, employees in pubs and bars say.

“People who normally come here to drink are in the age group of 24 to 40,” said Mr. Rakesh Varre, Manager at Bootlegger.

A WHO study on Bangalore’s alcohol consumption notes that nearly two thirds of the users (67.4%) are in the age group of 26 to 45 years.

“Some youngsters get into drinking because of problems in the family and many others pick up the habit through peer pressure” said Dr. U. Vivek, psychiatrist.

A study on alcohol consumption shows that even one peg is harmful. If someone starts drinking at a very young age, it can affect their liver and also cause pancreatic and gastro intestinal cancers, he added.

Neil, a coordinator at Soberitas said “It is difficult to conduct any census on the number of alcoholics in the city as people are not comfortable coming out as alcoholics. People who face problems due to regular alcohol consumption need to talk about their difficulties.”

Soberitas, an organization which encourages people to share their experiences regarding alcohol consumption, holds meetings and sessions where people talk about hope and strength to give up the habit.

People with money to spare spend big amounts on alcohol.

Sebastian, 25, an employee at an IT company says “I spend around 1500-2000 rupees on alcohol every week. It has become an addiction for me. I started drinking at the age of 18.”

He said he has never tried to quit or gone to anyone for help. 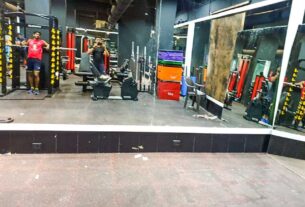 Unemployment on the rise as gyms stay closed