Skip to content
Home | Bangalore | After a year’s wait, Sandalwoods about to be micro-chipped

The Institute of Wood Science and Technology (IWST) sets to embed microchips in Sandalwood trees; link it to your smartphone, and save your tree.

In an attempt to combat the smuggling of Sandalwood and Red Sanders, Dehradun based Indian Council of Forestry Research and Education (ICFRE), along with its nine research institutes and five centres spread across India, is in the process of developing an e-protection system and microchips that can be inserted into the bark of the tress in order to be able to track them.

The ICFRE has partnered with HITACHI for the e-protection system. “We are also collaborating with VOLVO and developing standard operating protocols (SOPS) for tree translocation that get cut due to widening of roads and other developmental activities,” said Dr. S.C. Gairola, the Director General of the Indian Council of Forestry Research and Education.

Last month, the police had recovered Red sanders worth around Rs 24 lakhs and two SUVs from sandalwood smugglers of the Kattigenahalli village. The police has now come down hard on the smugglers by installing in order to track their movements. Earlier this year, around May, the Police nabbed a gang of sandalwood smugglers and seized 4 tonnes of Sandalwood, worth 3 crores.

Reports say the jurisdictional T.S. Halli police has registered around 18 cases this year against Sandalwood smugglers. According to the police, various inter-state gangs operate in Karnataka, Andhra Pradesh, Tamilnadu, Kerala, and Maharashtra.

Even though the insertion of microchips into the barks of trees may be a good idea as Microchips would help protect Sandalwood trees from illegal loggers. Yet according to environmentalist Sandeep Anirudhan, tampering with nature is never a good idea. He said, “Already a lot of trees get destroyed by man regularly, now inserting microchips is just an add-on to the disaster. Also translocation of trees has its own limitations. Older trees have a very low survival rate after translocation; even the cost of translocation is extremely high.”

Dr. S.C. Gairola, in his address to the Luncheon Press Conference at the Institute of Wood Science and Technology (IWST), Bangalore revealed that, three days ago, the national CAMPA Governing body approved a Rs. 313.67 crore scheme of ICFRE that will be spread over five years.

Dr. S.C. Gairola said, “This kind of funding has never been made to the Indian Forest Services in the past. We are very excited about this project and looking forward to it being a success since there won’t be any financial constraints for us.”

Forest Genetic Resource (FGR) Conservation is another area of importance that will be taken up at the national level, under the AICRP to conserve the gene pool for posterity and future generation.

Legal advice just a call away, not really 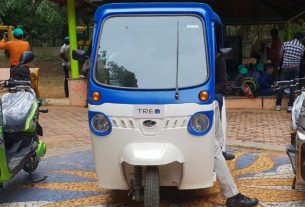 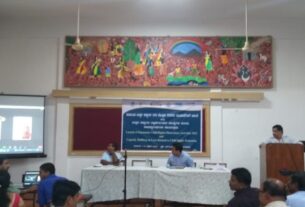 KCRO and UNICEF to emphasize on pandemic-worsened child rights issues