Bangalore has witnessed a decrease in the number of sparrows in the city, in the recent years

Human lifestyle, environmental degradation, electromagnetic radiation from industries and telecommunication networks have lead to the disappearance of sparrows in the city.Grace, a homemaker who has been staying in city for over 15 years, says, “Bangalore has no sparrows left.  I used to see them around my house until a few years ago, but now it is a rare sight.”

Mr. Prasana Kumar, the Wildlife warden of Bangalore listed out many reasons for the disappearance of sparrows. He said, “The sparrows used to consume leftover grains near grocery stores but due to the advent of plastic, there are no grains left to be consumed. While humans can smell house paint only for a short period of time, sparrows can smell it for as long as a year.The birds cannot tolerate the odour and they try to escape when they smell it.”

He blamed rapid urbanization for the loss of shelter for these birds.  “New construction sites have put the birds in danger. Earlier, every house had proper ventilation that would allow sparrows to fly in and out. The culture of multi-structured buildings lack proper ventilation, leaving no shelter for sparrows,” he added.

“Sparrows do not need trees; they live in a treeless habitat which cannot be found now. Domestic pollution not only destroys the ecosystem but also harms humans,” said Dr. Sushmitha Bagchi, Professor of ecology department in the Indian Institute of science(IIS).

Environmentalist Sandeep Anirudhan further added to the list of reasons of decrease in the number of sparrows but acknowledged the fact that the city still had more sparrows than other cities. He said, “Earlier, people kept water in their balconies or threw grains which fed these little birds.  Sparrows can be seen in Cubbon Park or around  the city market, but their number has gone down. Despite the decrease in the number, Bengaluru still has more sparrows compared to other big cities. 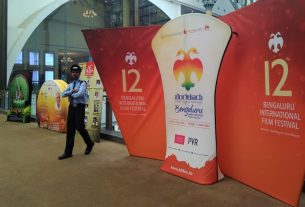 Vandalism on rental bikes goes down