Skip to content
Home | City | Elections at a crossroad

On the last day of filing for nominations for the Karnataka by-elections, members of the top three parties, BJP, Congress, and JD(S), engaged in a face-off in the form of rallies on the Queens Road.

The representatives stood facing each other at a crossroad on Queens Road, playing drums and raising flags, blocking the traffic. The sky was filled with saffron and green confetti, colors of the three parties and the pulsating drumbeats of each group contested to be heard the loudest.

The Congress is banking on the fact that winning at least twelve seats in these by-poll elections will bring the ruling government to minority and give the party a chance to form a government in coalition with JDS again, according to Congress spokesperson, Nataraj Gowda.
The party has fielded Gananan Balachandra Mangasuli from Athani, Bharamgouda Alagouda Kage from Kagwad, and Lakhan Jarkiholi from Gokak Assembly constituencies.
Venkatrao Ghorpade will be contesting from Vijayanagara, Rizwan Arshad from Shivajinagar and KB Chandrashekar from Krishnarajpet Assembly seat.

Congress has also named Praveen Peter as its candidate for the forthcoming election to Legislative Council of Karnataka from Bangalore Teachers’ constituency.
The JD(S) is hoping to win in at least five constituencies, according to JD(S) youth wing chief, Umesh Gowda. 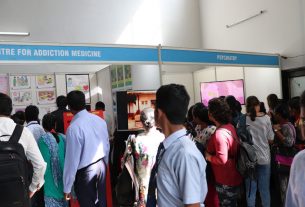 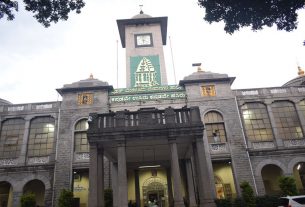 Join the queue if you have a complaint for BBMP