Construction of new toilets and maintenance of old ones in Karnataka government schools is put on hold due to lack of funds.

Toilets in Karnataka government schools which were to be constructed by October 1, 2019 under Mahatma Gandhi National Rural Employment Guarantee Act (MNREGA) are pending because of lack of funds.

Mrs. Dhanalakshmi, Headmistress of Government Model School, Vijaynagara said that the funds they should receive for the maintenance from the Block Education Officer (BEO) should be Rs. 25,000 per year but they receive Rs. 12,500 per year. “It is not enough for maintenance of the toilets then how we are supposed to build new toilets?” she asked.

Mr. S. Rajendra, the Block Education Officer (BEO) said that they have not received the funds which were to be released by the state government for the construction of toilets due the change in the government.

In June 2019, the annual report of the Department of Public Instruction (DPI) pointed out that as many as 2,847 boys’ schools and 1,350 girls’ schools do not have toilets in the state.

“We do not have any separate toilets for girls and boys and teachers also use the same toilets. Apart from that there is no person appointed for cleaning the toilets so we have to do it ourselves,” Mrs. Dhanalakshmi, added.

Chief Secretary of the State, T M Vijay Bhaskar had called for DPI officials of each district to submit an undertaking of 100 percent compliance of toilets in all schools by October 1 2019. He had said that toilets will be constructed in all government schools which do not have them, with MNREGA funds by Gandhi Jayanti 2019.

Mr. Rajendra further said, “There is a delay in issuing of funds to the headmasters of the schools which in turn has delayed the construction of separate toilets in the schools.”

“We are trying to speed up the process of releasing the funds to the schools and probably by end of this month we will be able to achieve our goal,” the BEO said.

Mr Bhaskaran D, CEO of Vidyaranya (Child welfare Association) said, “The government should build separate toilets for boys and girls for the cleanliness and hygiene of the students but also should provide basic toilet and sanitary amenities to schools such as sanitary pads, handwashes etc. This could also be a kind of motivation for the parents to send their children in government schools.” 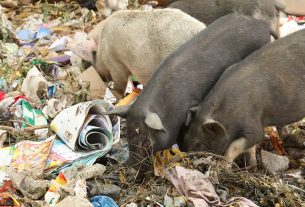 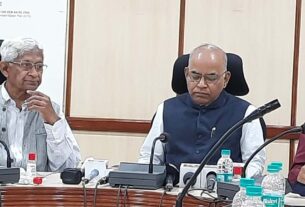