Five fully grown trees have been cut next to Ramaiah city layout and Arekere layout by BBMP without constituting tree expert committee.

At least five trees have been reportedly cut in the Ramaiah City Layout without the formation of a tree expert committee.

Arun Kumar, a resident of the area said that a tree in front of his aunt’s house had been cut by the Bruhat Bengaluru Mahanagare Palike (BBMP) because it was bending over the house. However, he had no idea of a tree expert committee.

Shivanna, a contractor who works with the BBMP agreed that he had cut five trees under instructions from the BBMP. “These trees were in front of some commercial buildings and the owners of the buildings had requested the BBMP to remove them,” he said.

On August 20, 2019, the High Court of Karnataka announced that trees cannot be cut in BBMP limits until the Tree Committee is formed. If anyone violates, it will be contempt of court and the BBMP Forest Cell has the authority to file FIR against the violators.

However, Srinivas V, an East zone staff member from the BBMP Forest Cell, said, “The forest department is functioning very well. We have planted 3.36 lakh saplings between 2015 and 2019 and only 6252 trees were felled in Bengaluru during the same period.”

Residents of the area, however, claim that more trees have been cut.

Mohan K, the owner of MedPlus store near Ramaiah city layout, said, “Around 25-30 trees were being chopped down by the officials by BBMP in the last six months. Most of them were cut because of blocking the name boards of the shops in commercial buildings.”

As per the laws of the Karnataka Preservation of Trees Act, 1976, the state government must have a tree authority for every urban area and rural area.

Suresh Habilkar, the environmentalist and the chairman of Eco-watch, said, “Trees are being cut randomly for road projects in the name of development and improved connectivity in the city. In the different parts of the city, citizens are taking part mostly by sapling plantation rather than the governing body to color the city green.” 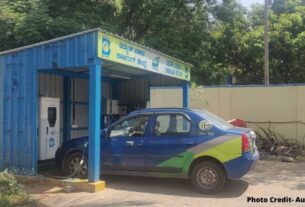