The students of Featherlite Pottery Town Government school, who have lost their playground to the Metro, risk losing their school.

The teachers and students of the Featherlite Government School are suffering from migraines and experiencing breathing problems due to the construction of an underground metro station on the school playground. The work is generating tremors and noise.

Ms. Kavita, a teacher at the Featherlite Government School, said that the boring is being done quite close to the school building and therefore tremors can be felt inside the building. The students are supposed to give their midterm exams during the last week of September. Ms. Kavita said, “We are struggling to complete the syllabus on time and conduct the exams due to this disturbance. This will affect the final exams as well.”

The constant noise from the construction site of the Phase II Namma Metro near Pottery Town has increased the workload of the teachers. The students are not able to focus during the lectures and are missing school because of the noise. To hold the students’ attention, the teachers give them more writing work, Ms. Kavita stated.

She said, “We are unable to teach the students properly as we have to write everything on the board due to the noise.”

Mr. Kiran, a civil engineer at the construction site said, “We are monitoring the school monthly. If the boring near the building affects the school, cracks will develop on the school building and in that case we will provide a solution for that. If the cracks widen, we will vacate the site.”

Mr. Ved, personal secretary to the PRO, Bengaluru Metro Rail Corporation Limited (BMRCL) said that the BMRCL is taking the utmost care to ensure that the foundation of the school building isn’t disturbed. He said, “The engineers at the site have conducted a soil test and are granting a proper concrete base protection to the school. They are making sure that no landslides occur and no wall collapses.”

Dr. V. Ramesh, HOD of the Civil Engineering Department at the Rajarajeshwari Engineering College said, “Soil tests are conducted to recognise the characteristics of the soil but a soil test cannot prevent the soil from slipping.”

Dr. Ramesh explained that the tremors felt near the school building are caused by the drilling and blasting in the area. He said, “The blasting does not necessarily need to be done right next to the building for the tremors to be felt. If the blasting is performed anywhere on the particular stream, the waves will travel through the soil and the tremors will be felt. The tremors felt by the teachers and students are definitely because of the blasting in the area. The only thing that can be done is, reducing the construction noise by isolating the school from the noise using some kind of noise reduction covers.”

Mr. Ved said that the construction of the metro station in Pottery Town will continue till 2023. He said, “The BMRCL will keep the land required for the metro entry and exit gates and the rest of the land will be handed over to the school.” 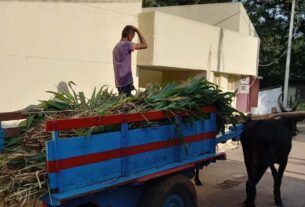 E-portal yet to bear fruits for remote farmers 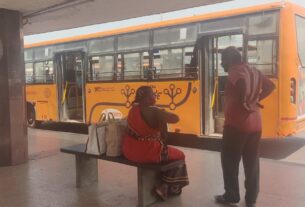 The pass not taken: ‘what new app?’ 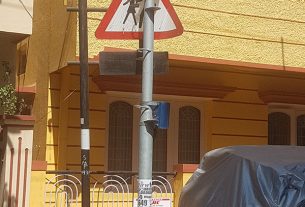 2 thoughts on “Lost the playground, fear losing the school”