Bangalore University says it has stepped up the process of evaluating the revaluation papers.

“We have already started the paper checking process and 60 per cent result of the courses’ semester revaluation exams held in May-June under Bangalore University have been declared, rest will be released soon,” said Asha V, Kanchir Swamy, superintendent BU Revaluation Department.

The University attributes the delay to the colleges, who they say, have not sent a proper list to them. The superintendent said, “The delay is also caused by the negligence of college principals, who failed to send the students’ application for revaluation to the BU Revaluation Committee.”

Bangalore University examination result notification says that colleges have to send the revaluation application within 15 days of the announcement of results, otherwise, the Principal of the college shall be held accountable.

Ravi Kumar, a third year B.com student from Vishnu Priya College said that he is still waiting for his Semester I English revaluation result which was supposed to come out in 2018. “I have  complained about it to the Principal but college authority didn’t pay much attention. My friends and I had also complained online on the student’s grievance portal, but all in vain. Till date we have visited the  Pariksha Bhavan four times, but not much has changed. It’s frustrating us,” he said.

A source from Bangalore University Pariksha Bhavan (Examination Department) revealed that one of the reasons behind delay in announcementof results by the University, is due to insufficient number of professors for evaluation.

Many students took to the internet protesting the delay in their results. Students are holding the University responsible for their laxity.

“I have been waiting for my sixth semester result for so long now that I feel the University doesn’t bother about the students anymore. I have managed to score good in PGCET and KMAT entrance exams, I might lose my seat in these MBA colleges as the admissions are time bound,” said Gokul, an MBA aspirant.

Akshata, a professor at NMKRV College said that it’s hard to point a particular department. “Sometimes there’s a delay from the side of the college and sometimes from the students in submitting the application forms. But that shouldn’t be an excuse. The Bangalore University must send the application notice before any such complaints arise, so that justice is served to the students who want to pursue higher studies or apply for a job.”

Circular regarding the revaluation registration application was uploaded on the official website of the University and the date was extended to August 30, 2019 as many students failed to apply before. On August 27, 2019 a notice regarding the list of eligible valuers was sent to all the affiliated colleges by the University Examination Department to speed up the process of evaluating the revaluation results. 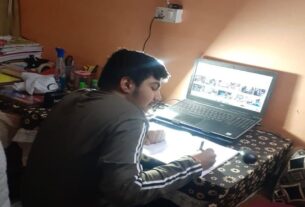 Network issues a headache for students