Chickpet has been subjected to traffic congestion as illegally parked vehicles overtake the roads.

Two-wheelers parked illegally on the roadsides in the Chickpet main market area, narrow the width of the road, leaving very little room for the traffic to pass. This has led to major congestion in the area.

Murthi, Station Head at the City Market Traffic Police Station in the Chickpet area said, “The vehicles are parked illegally in large numbers because it’s a market area. There is also a Sunday-Market every week which brings in a lot of extra vehicles. We avoid levying fines because a lot of people commute from different parts of the city to shop at the market and there is not enough parking space to accommodate so many vehicles.”

Ghouse Pasha, a market regular who was on foot, said, “Sundays witness major congestion but the situation on weekdays isn’t that different either.”

The Bangalore Traffic Police (BTP) said that around 30 vehicles were fined or towed away every day before the fines were hiked from Rs 750 to Rs 1650. The Station Head further said, “We show leniency as the commuters are from other parts of the city and not everyone can afford to pay the fines, so, the number of vehicles we tow away has also come down. We give three warnings to the offenders in a day, by calling and informing them before towing away the vehicle. ”

A local saree shop owner, Prashanth, said, “The two-wheelers parked on the roadsides are hardly ever fined or towed away. They stay parked the entire day, all days of the week.”

Mahavir, a regular in the area, often parks his two-wheeler in the market. He said, “There is nowhere else to park. If people are provided with a parking space, they will happily pay and park there. There is just no space.”

He also said that the parked vehicles belong to the shop-owners in the area and the customers as there are no allotted parking spaces in the buildings.

Prof. M N Sreehari, advisor to Government of Karnataka in Traffic, Transportation & Infrastructure, said, “The roads are meant for the traffic to pass and under no situation should vehicles be allowed to be parked on the roadsides.”

He said, “This issue is a camouflaged thing between the Bangalore Traffic Police (BTP) and the Bruhat Bengaluru Mahanagara Palike (BBMP).” He explained that both departments are responsible for maintaining order on the roads and each department blames the other when confronted about the issues and it becomes a blame game.

He added, “The Bangalore Traffic Police is only the enforcement force while the BBMP is the owner/manager of the roads. It is the BBMP’s responsibility to make sure that every building approved by the BBMP has a parking place.”

Blaming the lack of parking space in Chickpet for the congestion, he said, “In crowded market areas like Chickpet, Upparpet, etc., the parking space in buildings is usually underground. The shopkeepers either use them as storage or rent them out and consequently, people start parking on the roadsides, being devoid of any parking area.”

BBMP Executive Engineer of the Chickpet area, Mr. Valu Ratud said that the ward engineers monitor the area and if the parking spaces are not used for parking purposes, notices are issued to the building owners to rectify it.

According to the Head of the City Market Traffic Police Station, the BTP has asked the BBMP to provide paid parking spaces to decongest the area.

Professor Sreehari pointed out that adopting off-street parking methods and developing MLCP (Multi-Level Car Parking) can provide a solution to the congestion situation. He said, “A common area of 30X40 feet owned by the BBMP can be converted into an MLCP building. These MLCP buildings would be paid parking areas which take up space vertically and the revenues collected from these can be used to cover up the infrastructure cost that the BBMP would spend in developing them.”

Mr. Ratud said, “Market Cell unit under the BBMP is actively looking for common areas to set up new parking spaces in the city.” 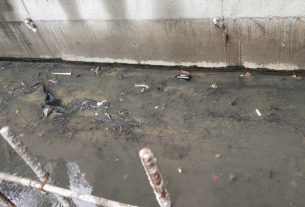 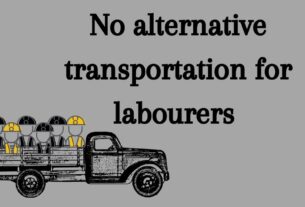 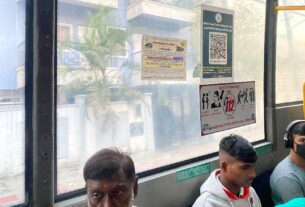 BMTC buses not yet UPI savvy