Bruhat Bengaluru Mahanagara Palike (BBMP) animal and cattle control wing has decided to expand its budget and operating horizons by introducing two new cattle transporting trucks in the city within two months, at a cost of about Rs. 20 lakh. Street vendors and residents near the KR market and Kalasipalya bus stop have complained about the growing number of cattle on the main road causing traffic jam.

In response to the complaints filed by the people, the BBMP has planned to expand the logistics. “Within two months new vehicles will be introduced and daily rounds by the cattle wing in charge will be conducted around the city,” said Dr. MG Shivaram, Assistant Director at BBMP Animal and Cattle control wing. The total cost is estimated to be Rs 20 lakhs. New vehicles have the capacity to carry 4-5 cattle as compared to the old one that could accumulate 3-4 cattle, he added.

“The owners have to pay Rs 600 every time their cattle are taken to the cattle pound in Usman Nagar by the BBMP cattle control wing”, said S. Sashi Kumar, Deputy Director of BBMP Cattle Control Wing. If the owner fails to collect their cattle, the animals are sent to the Gaushala (Cow Shelter) at Kormangala. BBMP reports show that the revenue collected from January to August last year by the cattle control department was Rs. 182,700.

Residents of KR market accused the owners of leaving the cattle to wander in the morning and collecting them in the evening. This, they say, results in chaos in the market and the main bus stop where daily 50-60 buses halt.

“Although the cattle have their owner, they are left stray every morning, causing inconvenience to the buses and other vehicles that pass through this area. The BBMP doesn’t do much about it. Half our time is spent keeping an eye on these cattle and moving them away,” said Bashir Ahmed, dry fruit vendor.

Recent data released by the BBMP Animal and cattle control department shows thatthe number of cattle impounded in the city have increased. This year till March, over 182 cases of stray cattle have been registered as compared to 106 cases last year between January-March.

“There’s not enough space in our house to keep our cattle and we can’t abandon them. We don’t have any other place to keep them and cows are domestic animals, they barely cause any harm to anyone,” said Venkatesh, owner of the cattle near Kalasipalya Bus stop.

Devraj, the manager of Akhiya Karnataka Prani Daya Sangha said that BBMP should introduce structured guidelines regarding the cattle rescue operations and mention penalties for not abiding by the rules. Monthly meetings regarding the cattle issue should be conducted to check progress and local bodies have to increase the number of cowsheds across the city. “People want their complaints to be heard by the officials and for that they need a digital platform as well, that’s monitored by the BBMP Animal and Cattle control wing”, he added.

The Cattle control wing will expand the budget allocated to BBMP to take care of cattle. Currently, the amount spent on an average by the department to maintain cattle is around Rs. 9 lakh every year, including the money given to the contract based rescuers in case the permanent rescuers are not available. Notices will also be issued by the department to the owners to reduce further chaos. 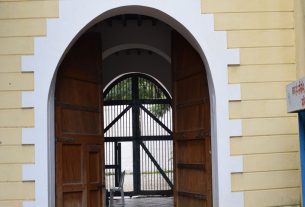 Idols Immersed but not Cleared From Ulsoor Lake 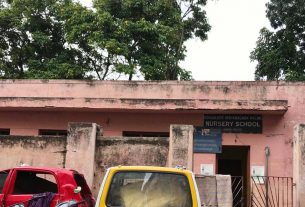