India is getting unhappier by the year – and there is a reason why.

India is one of the least happy countries in the world.  Titled World Happiness Report 2019, the study ranks India at 140. This is a seven rank drop from last year’s 133. The report ranks 156 countries on the basis of their ‘happiness’.  The index is the seventh such report, the first of which was prepared in 2012 after a high-level meeting on “Wellbeing and Happiness: Defining a new paradigm” The report was drawn using global data on happiness as well as the science of happiness.

The report has been prepared by the United Nations Sustainable Development Solutions Network.   The top four spots were claimed by Scandinavian countries with Finland claiming the top spot,  followed by Denmark, Norway, and Iceland respectively.

The study notes that people’s lives could be assessed by a variety of subjective well-being factors.  These factors have been combined into a collective term called ‘happiness’.  The report is divided into six factors, each of which identifies a determinant of happiness. Namely;

The link between the quality of a government within a nation and a national happiness index. The report notes that the governments in a country determine its level of happiness.

Also, the levels of happiness within a country helps determine the kind of government it votes into power. Adopting Mexico as a case study, the report notes that its citizens were angry with political leaders who couldn’t solve issues relating to inequalities, insecurities, violence and corruptionThesubsequent chapter deals with the relationship between generosity and pro-social behaviours the effect that it has in a nation’s happiness. The study concludes that generosity on part of the receiver as well as the sender is beneficial for all.

The report also notes  that the time spent on electronic devices is inversely proportional to well-being.   The relationship between Big Data and happiness is also discussed. Big Data pertains to large amounts of data that is used for the purpose of analysis. The researchers discuss that while Big Data has enabled the measuring of global happiness, it has also led to privacy concerns.  The final chapter examines the relationship between addictions and well being.

Psychologist Ruchi Yadav explained India’s drop in rankings, “In India, the level of happiness is interlinked with one’s family. Hence, our relationships, goals and aspirations are dependent on the family. There is no individual sense of happiness.”  Yadav noted that this cultural difference between India and Western countries has brought down India’s collective happiness.

Yadav specifically mentioned the growth of religious intolerance within the country, “In recent years, dogmatic beliefs among the youth surrounding religion has grown stronger.

“ However, Yadav believes that there is light at the end of the tunnel. “If our society drops its dogmatic beliefs and progresses within five to seven years, then the situation could change. However, if we digress as a society, we will remain unhappy. “ 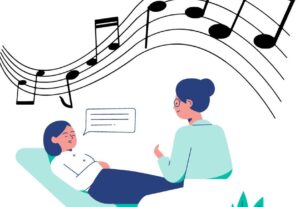 Music therapy, a ray of hope for long Covid 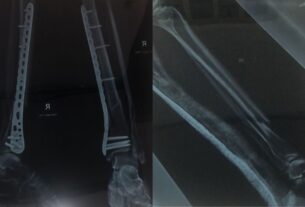