The political parties fail to comply with the guidelines of the code of conduct during the elections campaigns.

The campaigning for the first phase of Lok Sabha elections 2019 came to an end on April 9,  but many political parties were registered for violating the model of conduct that is put in place by the Election Commission of India (EC).

A model code of conduct is a set of guidelines which are prescribed by the Election Commission of the country for the political parties and the candidates who are contesting the election. If, these guidelines are not followed by the political parties the EC can file a First Information Report (FIR), or impose a fine on the respective party or candidate. In severe cases of violation, the party can be disqualified from the election.

During the 2019  campaign of the Lok Sabha elections, as many as 221 cases a violation of Model Code of Conduct (MCC) were reported, as per the Election Commission report.

In a recent event, a case was filed against Prakash Raj, who is contesting from Bangalore Central as an independent candidate.

For gaining the vote bank, the candidates who are contesting elections try to woo the public by giving them gifts or by doing them some personal favours – which is also a violation of the model code of conduct. Such kind of violations fails to come to the notice of the authorities and is often not reported.

Abdul Razack Khan, a political analyst said “The agenda of 2019 elections was more focused on fulfilling the basic needs of the public. During some of the campaigns, the agenda revolved around nationalism. The parties are using all the tricks and the cards in the game to win the election, even if it means violating the norms of election lay down by the government body.”

He further said, “Blatant use of language and polarizing of issues is being done by the political parties to gather more and more votes. Last year, the parties promised ‘Vikas’ but no ‘Vikas’ has been done and the promises are not being fulfilled by the parties.”

Parties continue to make use of anything that could get them to win and most of them would go to any extent to win the elections, ignoring the MCC.

A contestant by the name of Kempuraja Krishnan said “Rules have been made but many candidates and parties do not follow the rules. There is always a violation by someone.” 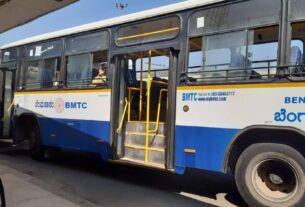 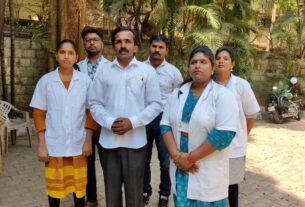 1 thought on “Model Code of Conduct not Always Followed”