Fourteen Sanskrit writers awarded for their contributed to Sanskrit.

At the Kannada Sahitya Parishath awards held at Karnataka Sanskrit University, fourteen Sanskrit writers were awarded for their contribution to the Sanskrit language in the year 2017 as well as in 2018. The award ceremony for Sanskrit literature writers has been a yearly feature since 2011.

The most noteworthy awardee, was Prabhu Swamy who was awarded for his work in Sanskrit literature for writing ‘Shivatatvarachnagara’ which stand for cultural and scientific studies of Sanskrit.

Swamy remarked, “ Sanskrit is an ancient language and I have great passion for it. I have a desire to learn about the history of Sanskrit as well. It covers a wide range of topics including the Vedas, Upanishads, science, philosophy, and astrology. If we look back into history, even the Ramayana and Mahabharata were originally written in Sanskrit and what people read today are mere translations. Nothing can come close to reading the original work.“

Sabiha Bumegowda, one of the chancellors of the University mentioned, “Our University’s main focus is to applaud and praise all those who write in Sanskrit.” Leela Parakash was awarded for her contributions in 2018 mentioned, “Women are coming forward a lot in the field of Sanskrit literature and this is a clear sign that – ‘Stree is Shakti’.”

Recognition of these candidates is important for two reasons. Firstly, It is a matter of pride for Karnataka Sanskrit University. Also it is a moment of joy, satisfaction for the awardees. ” 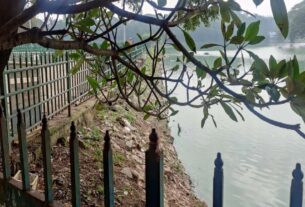 Bengaluru lakes still have no CCTV 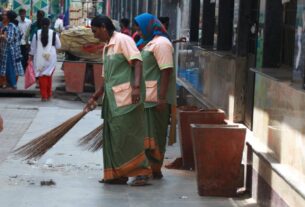