The state of Karnataka has brought in an e-initiative system to make agricultural trade more transparent.

The state of Karnataka has introduced an E-initiate system known as the unified market platform (UMP) which is aimed at bringing a fair system of agricultural trading for the farmers.

To use the system, a farmer has to go the Agriculture Produce Market Committee (APMC) yard where he is given a particular number for his product.

The amount of crops or vegetables cultivated by the farmer is weighed. After the weighing is done, a bidding process takes place. The bidding is done by traders. The highest bidder wins.

After the bidding is done, the farmer receives a message along with an invoice of the sale. Lastly, a centralized permit system is used to make the delivery and payment successful.

According to a report by National Institute for Transforming India (NITI) Aayog, link here the farmers in Karnataka have gained 38 percent more in the year 2015-16 compared to that of the years 2013-14. A total number of 47.28 lakh farmers are registered under the UMP. The concept of UMP has been made to remove the middlemen in the trading. The platform helps the farmer to have a one-on-one trading transaction with the traders that will help bring transparency in the business. This will ensure a fair business among the agricultural community.

To get an insight into the initiative, the Softcopy newspaper spoke to Professor Priyankar Raha, head of the department for Soil Science and Agriculture Chemistry of Banaras Hindu University, who said:

“The initiative has been taken to remove the supply chain management. Between manufacturers and sellers, there are a lot of middlemen who operate. And because of these middlemen, the cost of the commodity increases.

With this initiative, there will not be any middlemen. When the middlemen are removed, the extra cost that those people charge will not exist. This will benefit both the farmers and the customers.” 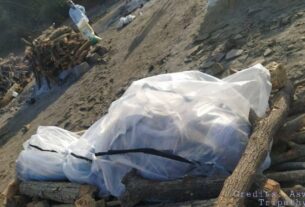