Skip to content
Home | Technology | The Thief Lurking In Your Device

Hackers are infecting devices with crypto-malware to steal computing power.

The world has been gripped by a new wave of cryptocurrency revolution. The advent of Bitcoin in 2009 has created new ways for people to do transactions globally. Bitcoins were primarily created as an alternative to the traditional banking system that has existed for centuries.

Bitcoin is the world’s first cryptocurrency, a form of electronic cash that requires no central authority or central banks, as the Bitcoin network issues its own currency, safeguards the user’s identity and ensures transparency in all the transactions carried out. All these features made Bitcoin a very sought-after currency.

The banks control the flow of the paper currency in the market and the value associated with it. Bitcoins are digital currencies and are released in the form of batches every eight minutes. These batches are called blocks. Every block of bitcoin is locked with a series of mathematical equations that need to be solved in order for these blocks to be released.

The act of releasing these blocks is called Bitcoin mining, a process that involves solving complex mathematical equations and demand high computing power. The faster the computing power, the quicker the equations will be solved and will release more bitcoins.

The demand for more computing power has given to the emergence of a new form of malware called crypto mining malware. Hackers around the world have developed malware that sneaks into users devices undetected and starts using the computational power to mine bitcoins. According to a report published by Mcafee, instances of crypto-mining malware increased over 4,000 percent in 2018.

Crypto-mining malware can affect any device that has access to the Internet. Devices such as IP Camera, IoT devices, video recorders are also infected with this malware. However, desktops and laptops remain the primary target of hackers. Hackers deploy various methods to spread malware such as infecting routers to inserting malicious codes on every website visited by the user.

According to a report, published by a security company called Banbreach, 30,000 routers in India have been infected with crypto-mining malware.

“Crypto-mining malware has been spreading across the globe infecting millions of machines and network devices. It is quite impossible for a user to tell whether they have been infected with the malware. The malware starts diverting the computing power of the machine to mine bitcoins across the Internet which causes a lag in the performance. This slow performance is not noticed by the users in most cases,” said Winny Thomas, a cybersecurity professional in Bangalore.

“It is very difficult to detect if the machine is infected with crypto-mining malware. Users should closely pay attention to any performance degradation and over-heating issues of their machine. A sudden surge in electricity bill should also be investigated as they may be a result of the infected machine drawing more power to do the mining. Users should ensure the firmware on all their devices is up-to-date,” said Santhosh, a security analyst by profession. 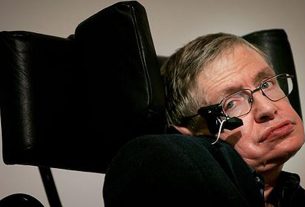 Bangalore scientists mourn as a star goes out