In recent times, Instagram has become a platform for sharing poetry.

Say hello to Tarun Surya,  a 25-year-old content writer at apublic relations firm. That’s not all. Surya is also a poet.  Drawing inspiration from personal experiences, he  uses the social-networking site Instagram to express himself.

“It is easier for me to express myself with poetry, as opposed to other forms of writing. I’m able to sustain attention as my thoughts are free-flowing.”

Having graduated with a Masters degree in English Literature, he describes his posting schedule as erratic. Surya’s love affair with poetry began when he was in the eighth grade.  He discussed moving to prose from rhyme.

“It was a change in identity for me.” Surya has been posting on Instagram for two years now. He is not alone in this pastime though. A recent report notes that 12 of the 20 best-selling poets in 2017 were Insta-poets. In fact, Rupi Kaur’s Milk and Honey was a New-York Times Best Seller in 2016.

Kaur is a needle in the haystack of Insta-poets. Surya explains the road to being noticed. “I’m a guy, so I get fewer profile visits.”  “Profiles that exclusively display poetry get a lot more views as opposed to personal profiles that post poetry.” Explaining the mechanics of Insta- poetry, Surya added, “Poems that have a picture as a background tend to get more views than those that accompany a picture.”

Chetan Soni believes that Instagram poets could become successful to a mainstream audience. Noting that “Internationally, there have been many successful poets like MC Drake and Rupi Kaur. In the Indian context, there are big names like Harnidh Kaur and Rochelle Potkar.”

Noting that these poets were successful on Instagram, Soni remarked- “ With regard to Instagram poems, there is an ease of uploading as well as instant feedback and gratification. Soni is the founder of Half Baked Beans, a Delhi based publishing house.  Soni noted that the company has published three-four insta-poets.”

However, not everybody was gung-ho about the direction in which poetry is now heading . Blogger and book critic  Swapna Peri highlights that “I cannot compare with the great poets of yesteryears but good writing shall also imbibe literary rules and syntax. “ Peri has reviewed five-six books that were written by Indian poets.  While the books varied in terms of genre, Peri mentioned that she had been underwhelmed by the books.

“It was a mixed experience. I bluntly cannot say it’s bad but at the same time wasn’t so great.” She added, “Most of them are about life, experiences and inspirational. One of them was Mahabharat in a poetic way and other a love story of a young woman who dreams about a prince.”

Despite the success of Insta-poets, Surya was still pessimistic. “At the end of the day, poetry still takes place in a physical world. Despite the lack of infrastructure in India, poetry recitals tend to do better.” However, Surya does not dismiss the role of Instagram entirely. “Instagram plays a supportive role as opposed to that of a primary platform.” 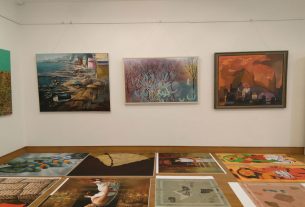 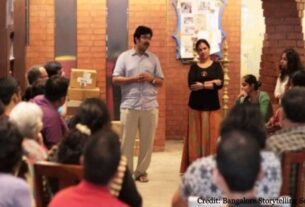