The National Family Health Survey 4 (NFHS 4) published in 2015-16 states that the percentage of fully immunized children in the district of Bangalore Urban is 62.1%. That leaves around 38% who are not fully immunized and are hence vulnerable to a variety of diseases.

According to the immunization requirements in India, a child is considered fully immunized if he/she receives one dose of BCG (Bacille Calmette Guerin), a vaccine for tuberculosis, threedoses of DPT (Diphtheria, Pertussis, Tetanus) and polio each, and one dose of measles vaccine.

Recently the DPT vaccine has been replaced by the Pentavalent vaccine that is a combination of five different vaccines, protecting against Hepatitis B, Haemophilus Influenza Type B, Tetanus, Diphtheria and Pertussis.

The caregiver of the child is considered a defaulter if he/she misses a vaccine dose. A study titled, ““A comparative study on vaccination default rates among children aged 9-24 months, attending a static immunization clinic in urban and rural area of Bangalore” by the International Journal of Community Medicine and Public Health, with a sample number of 184 caregivers, show that almost 51% of urban caregivers and 52% of rural caregivers, in Bangalore Rural district, have missed the vaccine dose scheduled for the 14th week of life.

The birth dose, which is the most crucial one has been missed by 5.4% of both rural and urban caregivers. The most common reason for missing the dose is that caregivers did not know that a vaccine was scheduled.

Dr. Rajni B.N., Deputy Director of Immunization, Ministry of Health and Family Welfare in Karnataka, however, points out a number of reasons for the missing doses. She identifies the urban slums as the High Risk Areas where the default rate is the highest.

She says, “The Pentavalent vaccine that has replaced DPT is known to cause fever as a side-effect. What happens is that these migrant laborers in the urban slums are mostly daily wage workers. So a sick child will require someone, either the mother or the father, to stay at home to take care of the child and miss a day’s work and wage.

This makes these migrant laborers to skip vaccines in fear of missing a day’s work for a sick child. What is missing among this population is proper awareness of the consequences of not fully immunizing their children.”

Another reason is the migration of manual laborers from cities to other towns or cities. They often migrate with their newly born babies and in the process of shifting the baby often missed a dose or two.

The currently active system of pregnancy tracking called Mother and Child Tracking System (MCTS) has manually fed records of the number of pregnant women in the country, but is inefficient in tracking the pregnancy and health of the child once it is born.

Hence, the government is developing a new portal called the Reproductive and Child Health (RCH) that will track the entire pregnancy period and immunization status of all pregnant women in the country, once they are registered. 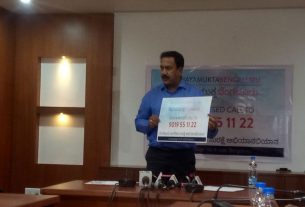