Skip to content
Home | Bangalore | Donate Blood, Save Yourself!

Blood donors are 88% less likely to suffer a heart attack.

Dr. Balaji, a surgeon said, “We come across numerous medical conditions where we need blood to save the patient. The blood donated by a single person can be used to save more than one person. The blood will be split into plasma, platelets, and red blood cells.”

“People suffering from diseases/disorders like the sickle cell disease, thalassemia, anaemia, and multiple myeloma might require transfusions that restore the red blood cells and white blood cells in his body. At the same time, a patient suffering from haemophilia requires transfusions where plasma has to be replenished in the patient’s body. Haemophilia is a disorder which prevents the clotting of blood,” he stated.

“In situations like these, one donor’s blood can save up to three lives, because a single person’s blood can be used to help three people with three different health problems,” he added.

“I always ask my peers to donate blood by saying that it is going to save them too, as much as it will save others,” he said.

It is said that, when a person donates blood, the iron content in his/her body reduces. It will be replenished by the body, and this helps maintain a proper level of iron in our body. High iron content in the blood can lead to heart attacks and other cardiovascular diseases.

Fed Health has explained that people who donate blood are 33% less likely to suffer from cardiovascular diseases and 88% less likely to suffer a heart attack.  The website has also mentioned that high blood iron can cause a variety of symptoms, such as irregular heartbeat, muscle weakness, hardening of the arteries, accelerated cholesterol oxidation, decreased libido and enlarged liver, to name a few.

It is also said that high iron levels in our body could increase the risk of cancer.  Researches done by scientists states that those between the ages of 43 and 61 had fewer heart attacks and strokes when they had donated blood every six months.

Pradeepa, a blood donor said, “I donated blood once. They checked my height and weight in order to ensure that I qualified to give blood. Once they were done, they gave me juice and biscuits.”

Other health benefits gained through blood donation are the burning of calories and the generation of new blood cells. A person can burn up to 650 calories through one session of blood donation since the body has to work in order to restore the same amount of blood given away.

Despite these health benefits being pointed out, there are numerous hurdles faced when it comes to blood donation.

Arthi, a college student, said, “We have had many blood donation camps at our college. But I can’t donate because the level of haemoglobin in my blood is a bit lower than what is required. There is also the problem of menstruation. Women can’t donate as frequently as men do because we already lose a lot of blood during the menstrual cycle.”

Other deterrents include alcohol consumption and tattoo piercing. People who have consumed alcohol at that time or have had tattoos pierced on their bodies are not allowed to donate blood. Adding to that, people who are underweight cannot contribute to this.

Despite the above-mentioned facts, the number of donors for blood across India, especially Karnataka, has increased over the past few years. The main reason behind this has been a better awareness created amongst people about the need for blood during emergencies. 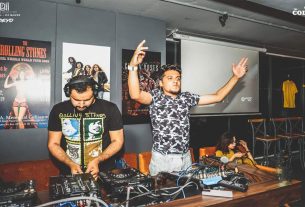 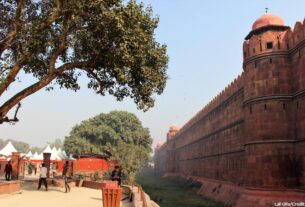