The Lok Sabha elections are just a few days away and the government has deployed teams to keep surveillance in every possible area.

The 2019 Lok Sabha election is going to begin from on April 11. The election is a very complicated process that needs to be looked after every second in order to make sure that the election procedure goes smoothly.

During the election, various illegal and unfair means are used in order to create chaos, so that one or other party can get benefit from the situation. To avoid such incidents, the Election Commission of India has set up a Static Surveillance Team (SST) in various locations that will act as watchdogs on every incident that might take place where voting is supposed to be held. Their job is to report or take care of anything that might look suspicious.

The Softcopy newspaper was able to spot one such check post under the Magadi assembly constituency which falls under the Bangalore Rural Assembly Constituency. There is around eight such check post that has been set up in the area to monitor activity.

The Softcopy newspaper spoke to the in-charge person, Naresh, who is posted at a check post on the Mysore road highway. Naresh gave an insight on the subject saying, “During the election, illegal activities increase so that the voting can be tampered or altered.

Our job here is to search for suspicious vehicles. If we find anyone carrying a cash amount of more than Rs. 50,000 then we have to seize it temporarily. We will have to search the vehicle for pamphlets or anything that can be used for the election campaign. If the vehicle does not possess any such item, the amount will not be seized.”

Naresh also said that if an ordinary citizen is found carrying home appliances or liquor bottles in huge quantity, then those will be seized as well because such items are often distributed free to win a certain vote bank. However, it will not be applied if legitimate papers are shown.

The SST members have been divided into three shifts, each shift covering eight hours of day and night to maintain 24 hours surveillance. The SST is backed by local police who are present at the check post to control the situation. 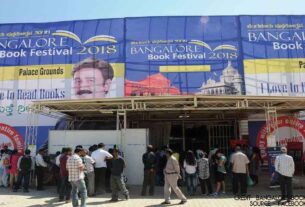