Skip to content
Home | Bangalore | Companies Adapt to the Disabled

Cheshire and Accenture among the companies who are trying to inculcate new reforms to be more inclusive.

In a recent panel discussion held by the American India Foundation (AIF) and Cheshire Disability Trust (CDT), Jyothi Ganapathy, VP human resources at Accenture and P. Rajkumar, from Cheshire Disability Trust spoke about how they have adopted new measures to keep their company inclusive of persons of disability, by introducing training programmes and self-defence training, especially for women with disabilities.

According to the census of India 2011, and a recent study done by Trust for Retailers & Retail Associates of India, only 2.2 percent or 26.8 million people with disabilities are employed in the country. There’s an evident bias towards disabled people in workplaces and education. A few of the companies are trying to change that and help people with disabilities.

V.S Basavaraju, State Commissioner for persons with disabilities, said that in Karnataka only 22 to 25 percent of employed people in Bangalore have some sort of physical disability. AIF has taken the initiative to build hostels for women with disability. This was started two to three years ago. There are 30 such hostels in universities across all districts of the state.

Rajvinder Kaur, a disabled person who works for AIF said that 16,148 people were employed by AIF the previous year; at least 60 percent were employed on average. The percentage has increased to 75-85 percent this year.

Jyothi adds, “Accenture has also started a leadership development programme named Unleash Ability.”Manish Kumar, programme manager at AIF, said that the training programmes are helpful and increase the workforce. Last year it was 15-20 percent but this year it was 25 to 30 percent.

Suma, training head at AIF, said that the crime rate is four to ten times higher when it comes to women with disabilities. She adds, “We try to teach them how to defend themselves against sexual harassment in the workplace.” 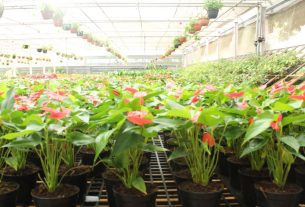 Can Bengaluru’s Nurseries be Eco-friendly?