Over 628 dancing bears rescued in the country and nearly 140 in Karnataka are still under threat.

Bangalore, March 14, 2019: The dancing bears or sloth bears are again facing difficulties for survival. Previously, in Kalandars, which is a community where the livelihood is based on poaching animals and using them for entertainment. Dancing bears were poached and an iron hook with a sharp edge was used by trainers to hold the bear’s nose.

After suffering from such cruelty, the bears were rescued by Wildlife SOS, conservation for non-profit collaboration with government national parks.

“Now the bears are infected with Tuberculosis (TB). All the 77 dancing bears in the Bannerghatta Bear Rescue and Rehabilitation Centre (BBRC) are suffering from TB,” said Dr Arun A Sha, Senior Veterinary Officer.

“We are fighting against TB in bears. We are giving the anti-TB drug to them, but the worrying factor is that few bears which were rescued in recent years had been suffering from TB for 14 years. We diagnosed them when they arrived at BBRC,” he added.

All the bears are now at BBRC under safe protection. They work in collaboration with Zoo Authority of Karnataka and Bannerghatta Biological Park.

However, before this, many bears died of human violence. But now, it’s a crime if any animal is violently treated. According to the Wildlife Protection Act, capturing, coursing, snaring, trapping, driving, or baiting any wild or captive animal is a serious offense.

According to this act, several cases were registered for violating it. The Wildlife SOS in fear of Kalandars threat to bears has made an unwritten agreement with them. Wildlife SOS along with the government trained this community people and appointed them to protect the dancing bears. The Kalandars community who once tortured the bears are now worried about TB.

Amidst all the hurdles, Wildlife SOS managed to protect 70 bears. Their motto of work is “to educate people, especially those living in man-wildlife conflict zones, about using techniques for avoiding and resolving man-animal conflict, as well as encouraging responsible community participation in various conservation initiatives”, said Arinita Sandilya, Press and Communications Officer of Wildlife SOS. 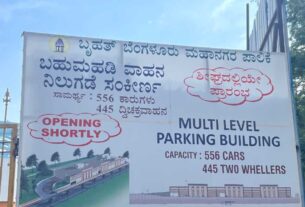