Preference to be given to poor people, younger patients, and sole breadwinners of a family.

Angioplasty, a medical procedure that unblocks coronary arteries and restores blood flow to the heart, is being done for free for economically underprivileged patients under the campaign ‘Heal a Heart’.

Dr Kiron Varghese, Professor and Head of Cardiology at St. John’s Medical College said, “Angioplasty and cardiac care in general, especially the procedure, is very expensive and out of reach for most poor people.”

He added that this was the reason behind the execution of free treatment since this surgery would otherwise not be accessible to a lot of people below the poverty line.

There were certain conditions required. Patients with known coronary heart diseases who require surgery with only one stent will be accepted. They will be provided with one high-quality drug eluding stent after the surgery. A stent is a splint placed temporarily inside a duct, canal, or blood vessel to aid healing or relieve an obstruction.

Priority will be given to poor people, younger patients, and sole breadwinners of a family. All people who request the surgery will be screened, but the highest preference will be for those mentioned above. After the surgery, the charges for three days of allotting the hospital bed, Coronary Care Unit (CCU) stay for one day, and basic investigations will be done free of cost.

Officials from the hospital claim that around 100 people signed up each day, but the hospital conducting this had a limited number of human resources to screen patients. If one patient was screened within 15 minutes, one doctor could screen four patients in an hour. On an average, if a doctor worked for eight hours a day, he would be able to screen 32 patients per day.

Adding to that, there are days allotted for the doctors to appear at the hospital, and they come only on those days. This means that the patients, who visit the hospital on the days when the doctor is absent, will have to wait for the screening days to be examined and admitted.

There has also been the issue of false interpretation. The news about this project spread through social media, and the hospital received various calls from people who wanted free treatment for other health conditions and free check-ups. They had taken the free angioplasty treatment to mean that other surgeries could be free too.

Out of the patients who underwent angioplasty for free, one of them was Sangit Gorai from Jharkhand. He said, “I came here to Bangalore specifically for this surgery. My relatives told me not to take up surgery in Jharkhand because it was too costly. I was admitted to a different hospital, but couldn’t afford their treatment either. This was why I applied for the free surgery in this hospital.”

Another patient, Shivashankaran, aged 50, said, “I am a chain smoker and I drink a lot. I have cholesterol too. I started getting aches in my right hand whenever I went on walks and went to a doctor for this. He gave me tablets to take, but I neglected it after a few days. I thought my hand was alright just after a few days.”

“I didn’t want to take tablets forever. But after a while, my right hand started hurting again, and this time, the doctor told me it had become worse because I hadn’t taken my tablets regularly. So, I had to undergo surgery. I didn’t know how I was going to pay for such an expensive surgery since they told me that it would cost around Rs. 3,00,000.”

“After I heard about this free surgery, I applied for the screening and got admitted. They treated me and I am fine now, but I have to continue taking tablets for cholesterol forever,” he concluded.

A lot of people claimed this option had helped them recover and take care of their families again, which they said wouldn’t have been possible if not for the surgery. 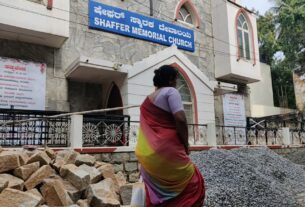 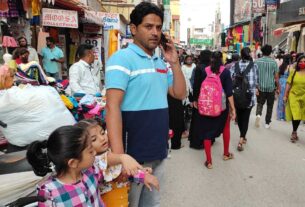 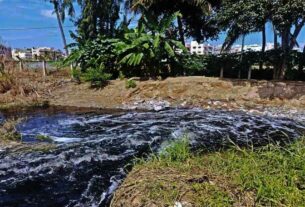