The pesticide monocrotophos is restricted for use all over India. But, this pesticide is easily available to buy in various online markets. This leads to the misuse of the pesticide, which is deemed as highly toxic.

There have been a lot of cases of pesticide poisoning in India. One of the worst-case scenarios were many people died of poisoning due to monocrotophos, happened in Maharashtra’s Vidarbha region.

The farmers used monocrotophos, thinking that their crops will grow better, so they will get a lot of money.  But the end result was often their death.

This pesticide was restricted to use in vegetable crops, as it leaves a large amount of residue. In 2009, the World Health Organisation (WHO) published a report stating the number of deaths due to the use of monocrotophos. Then it was restricted for use in 2018, but, as it is easily available to buy, it gets easily misused.

N.Mahesh, who works as an assistant professor in Jayshankar Telengana State Agricultural University said, “All pesticides are toxic. Monocrotophos, which is extremely toxic, shouldn’t be used on crops as it is very poisonous to humans and animals even if it is consumed very little.

If this pesticide is sprayed on ripened crops it will only be fit for consumption after one week. The only way to find out if the crops we consume has toxic residue is by performing pesticide residual analysis.”

Priyankar Raha, Head of Department of Soil science and Agricultural chemistry at Benares University said, “There are different pesticides to be used at various levels of the crop. Monocrotophos is one such that should be used only after the fruits or vegetables reach the warehouse. It shouldn’t be used in the previous stages. The Krishi Vigyaan Kendra is responsible for overseeing that the pesticide is not misused.”

“Another reason for the mishandling of the pesticide is that farmers are not aware of how to use the pesticide. The problem is with the administration. That is the Krishi Vigyaan Kendra should take necessary steps to bring awareness among the farmers for the proper handling of monocrophos.”

The WHO recommends that the handling and application of the pesticide monocrotophos should be given only to completely supervise and well- trained people, to avoid additional deaths in the future. 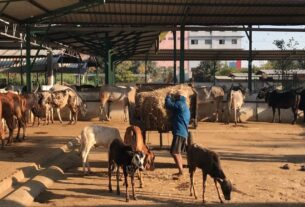 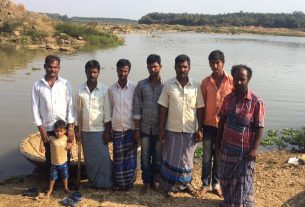 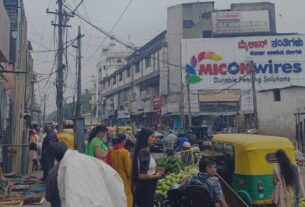 No work done by BBMP on SJP Road