A Pride March in Bengaluru from Tulsi Park to the Town Hall.

The Supreme Court’s judgment from September this year decriminalized homosexuality, but members of the LGBTQ community feel this is just the start of the war they have to fight.

“After the Supreme Court read down Sec. 377, our fight towards justice and liberty began,” said Meenakshi Dunga, a member of the LGBTQ community. “The fight for us is the fight for acceptance, the fight for our rights – and by rights we mean civil rights.”

Bangalore is going to witness a Pride March – an annual walk undertaken by members of the LGBTQ community and everyone who supports their right to equality and dignity across the globe.

The event will take place on Nov. 25th from Tulsi Park to Town Hall. Namma Pride, the annual Pride March started in 2008, and this year marks the 11th anniversary of the event.

“Namma Pride is not only a protest, it’s also a celebration of the rights of minority community,” said Aniruddha, a member of the queer community. “The Pride Marches are organized to cherish the community spirit. We need more people to march for their rights. Rights are being kept away from us and people from the LGBTQ community are sexually harassed, ill treated, beaten up, and face discrimination of all kinds. Although the apex court passed the judgment in favor of our community, society’s view towards us has not changed. A homosexual person cannot put his partner as a beneficiary of a life insurance; homosexual couples cannot adopt children. Moreover after the judgment, it is expected that the LGBTQ community will now become a part of vote bank politics, hence we demand our rights,” commented Aniruddha.

The Namma Pride will witness various demands from the LGBTQ Community. The demands include: Karnataka State Transgender Policy 2017 to be implemented with immediate effect, and the demand to stop violence, abuse, and discrimination should be addressed. 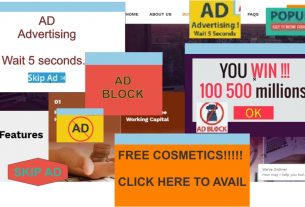