Out of 100 entries at the 2018 exhibition, very few of the students from government schools were represented.

By Lanka Samanth and Priyanka Dhaundiyal

At the science exhibition at the Jawaharlal Nehru Planetarium, private school student’s class seven to 10 showcased their innovative projects.

“The main objective of this exhibition is to inspire kids and expose their concepts. We informed government schools of the project, but there were fewer  entries from their side. Like private schools, government school students may not afford or get sponsors for working on their science projects. So, we are ready to sponsor them.

“We had received around 100 plus entries for this exhibition, but only one or two were from government school.  Our panel had shortlisted 26 exhibits, but government school exhibits were not selected,” said Pramod, Director of Nehru Planetarium.

Every two in three pedestrian deaths occur in arterial roads

House theft cases see a hike in the city 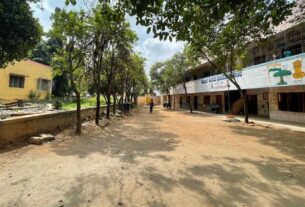