The Karnataka government has wasted a huge amount of money building facilities for tourists and visitors to Shree Raghavendra Temple but the lodgings are lying abandoned without maintenance. One of the local press members, Mr. Pompapathi said, “The project had required an investment of around Rs. 70, 00,000 to Rs. 1,00,00,000.”

The apartments were built near Shree Raghavendra Temple in Kenchengudda of Bellary district, a famous temple that attracts visitors from all over Karnataka. A tributary of River Tungabhadra flows right next to the temple. There is also a hydro-power plant that generates electricity through the flowing river.

“Since the temple and the river made a good tourist spot and had people visiting from all over Karnataka, the facilities were built to encourage tourism. There were also plans to introduce trekking in that area since there were hills around. Now, the habitats lay abandoned due to improper planning combined with no execution,” said Mr. Ramesh, another local press member.

This project had been approved five years ago by Mr. Gali Janardhana Reddy, who had been the Cabinet Minister for Tourism and Infrastructure (2008-2013) during the reign of Mr. B.S. Yeddyurappa, who was the Chief Minister of Karnataka at that time.

“The construction had begun shortly after that, but, after another minister took over as Minister for Tourism, the project was stopped because he didn’t plan anything to develop the area or finish the project,” said Pompapathi.

There have been other speculations by villagers as well. Ramarajan, a resident of Kenchengudda, said, “The whole project must’ve been started by government officials for personal benefits of contractors. The government project would’ve been worth more than Rs. 1,00,00,000.

Only one third of the original amount might have been invested for the project. The government contractors would’ve looted the rest. They might’ve stopped the project halfway because they ‘ran out of funds’,” he added.

Another villager, Venkateshwaran felt that, either the area should’ve been developed into a proper tourism spot and the project completed effectively, or they could’ve used that money to develop their entire village in terms of health, sanitation, education, transportation, employment and administration. 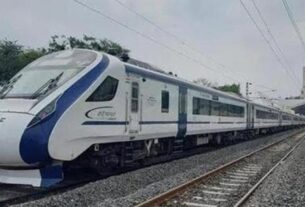