Three teachers at a high school in Indi taluk contend that they haven’t received their salaries for a year.

Bengaluru, Nov.20, 2018. Three of seven teachers at Shree Shankarling High school at Agarkhed village in the Indi taluk of Bijapur district in Karnataka have not been paid their salary for some time. MP Betathur, who teaches Hindi at the school, says that he hasn’t received his salary for a period of 12 months. “I have been teaching at the school for a year. I’m still coming every day despite not being paid.”

Betathur is one among the three teachers who haven’t received salary on a regular basis.

These teachers teach Hindi, Kannada, and History. There are seven teachers at the school.  The monthly salary of these teachers is supposed to be Rs 30,000.

The root of this irregularity lies with the school’s administration. “We have been told that the salaries have not being paid due to an internal dispute within the board.” Betathur said. He is not the only one. The cook of the school, Ambur, also explained that she hadn’t received her salary for nearly five months.

“They haven’t told me why the salary hasn’t been paid yet,” she said. Earning a salary of Rs 2,500 per month, Ambur is the sole breadwinner of the family. “There is no such internal dispute,” Ramesh Bajantri, headmaster of the school said. The school is an aided school with 248 students studying between class eight and ten. The students pay an annual fee of Rs 198. Apart from teachers, the school has three non-teaching staff and one clerk. Non-payment of salary is not the only issue. The post of the Physical Education teacher at the school is vacant.

The Head Master’s views were echoed by the Manager at the Taluk Block Education Office. “If the salary has not been paid properly, an internal committee would be set up”, he explained. “There is no internal dispute now”, he clarified. In July 2018, reports suggested that the Department of primary and secondary education had withdrawn the decision to withhold their salaries if the performance of SSLC students was lower than the district average in the previous five years. However, Narjappa contended that the SSLC results of student stand between 80 to 85 percent and up.

TH Murthy, Director of the Centre for Rural and Development Studies looks to the Panchayati Raj system is a solution to the problem. “Under the 73rd amendment, basic amenities such as water, education and health care are to be facilitated by the panchayat.” However, Murthy believes that the panchayat functionaries lack qualification and expertise. 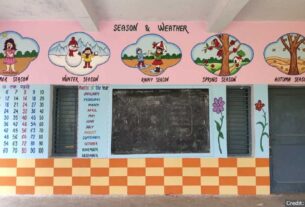 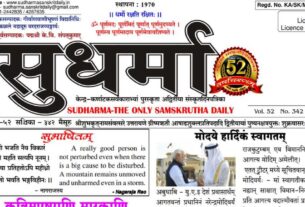 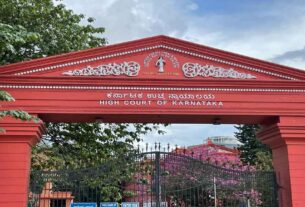