Farmers in Hoovina Hadagali incur huge losses due to the lack of rain.

Farmers in North Karnataka are suffering because of a lack of rainfall this year. Most of the farmers depend on maize crops for their livelihood, but since there was hardly any rainfall in the Northern parts of the state, the maize crops have dried out and farmers have no product to sell.

The groundwater level has decreased and is causing distress amongst many. Chandrashekhar and Mantesh, maize farmers, said, “We depend on maize and betel plantation, these sell the most in and outside Hoovina Hadagaali. But because of no rainfall this year, all the crops have dried out. Out of seven acres, four to five are dedicated to maize crops. We couldn’t sell anything this year. The land is barren now; we are eradicating the dried crops from the field. We will now have to wait for the next summers to sow the land with fresh seeds.”

There’s a decrease in crop sales in Karnataka, farmers associated with Karnataka Rajya Raita Sangha, a farmers’ union; are staging a protest in Bangalore, demanding to get loan waiver off and get, Minimum Support Price (MSP) fixed for a range of crops. Bebi Betta, a farmer from Ballari district, said, “Most of the sugarcane crops are now dry, we have incurred a loss of Rs.20, 000-30,000 per acre land.”

Neelkanta, an officer at the Municipality office at Hoovina hadagali informed the Softcopy newspaper  that the office is responsible for supplying water to the 23 nearby villages  every day. The people who are not satisfied with the services can easily file complaints; either through an online portal or by going to the office.

It’s a challenge for villagers to file complaints online since most of them are not well acquainted with online portals and their functions.

Virabadrappa Basetty, an old farmer, told the Softcopy, “We get water supply once  a week, which has to be preserved till the next week. We face a shortage of water at home and in the fields. I have complained about this issue to the Municipality office but have not received any response, and the Panchayat has done nothing to help  farmers.”

A report by the Karnataka State Natural Disaster Monitoring Centre (KSNDMC) shows that Hoovina Hadagali has dealt with a 24 percent decrease in rainfall so far this year. This decrease has led to farmers having no crop sales and suffering financially. The government has not helped the farmers in compensating for these losses. 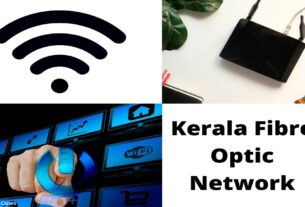