Bengaluru, Nov. 20, 2018: Jayamma, a worker from a Bengaluru-based garment factory, says in anguish that she receives a salary of just 8,000 rupees a month. She adds, “Many times they set a very high production target and humiliate us to make us work inhuman hours. I work overtime on many days but they do not add it to my salary. We are not even allowed proper toilet breaks. The toilets are in a really bad condition and one can hardly go near it because of the stench.” Jayamma, 51, is the sole earner of her family where she has to take care of her two grandchildren. She brings some garment pieces home with her so that she can work even after duty-hours. But she hardly gets paid for working overtime.

Rukmini VP, President of the Garment Labor Union (GLU) in Bengaluru, says,“A tripartite committee, consisting of officials from the government, factory management, and the labor unions in the city, has been formed to look over the unions’ demand for a revised minimum wage of Rs. 18,000”. The committee was formed after a meeting in June when the three above mentioned parties came together to discuss issues related to wages and other working conditions.

Rukmini added that earlier, a committee had been formed under the then Minister of Labor, Santosh Lad, to look over the unions’ demand of increasing the minimum wage of unskilled garment factory workers from Rs. 8,500 to Rs. 11,000. The garment factory management protested, stating that the amount was too high for them to afford. But after the election, as the new government came, the committee got dissolved.

She added that the unions, namely Centre for Indian Trade Union (CITU), All India Trade union Congress (AITUC), Indian national Trade union Congres (INTUC), Garment Labor Union (GLU) and Garment and Textile Workers’ Union (GATWU), submitted a new memorandum to the new government in February, demanding the minimum wage to be increased to Rs. 18,000. After the memorandum was issued Chief Minister H.D. Kumaraswamy called for a meeting to discuss the issues.

According to Rukmini, in the meeting, the Chief Minister asked the three parties of the  Committee to analyze the minimum wages of different countries and assess what the revised minimum wage should be. He also asked the committee to check out for workplace harassment, as cases of harassment of workers, sexual or otherwise were recently reported.

Various wage reports show the horrid conditions of garment factory workers in the country. Apart from low minimum wages and workplace harassment, the reports cite theft of social security benefits like PF and ESI and other fringe benefits like Attendance Bonus. The study reports instances of nonpayment of legal overtime rates and excessive overtime work as a form of forced labor. There is an evident lack of organized union among the garment factory workers.

A report by GLU President states that 90 percent of over 600,000 garment factory workers in Bengaluru are women. These women are mostly migrant labors, first generation factory workers, semi-literate and with little awareness of their rights.

Most of them are the sole breadwinner for their families. They are subjected to extreme stress to meet the production targets and often suffer without protest due to various factors like lack of awareness of rights, economic vulnerability etc. 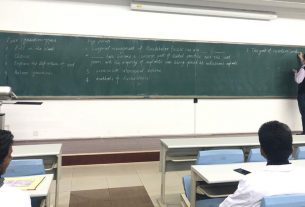 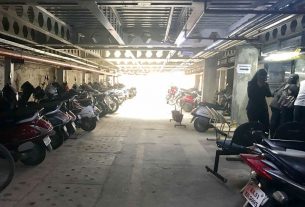