Breakthrough for animals. Science labs and hospitals have to use alternate methods in place of dissections.

Bengaluru, Nov.18, 2018: The Department of Pre-University Education (PUE) recently issued a circular to ban the use of any animal species at science labs during biology lectures, practical classes, and hospitals. The circular was issued as soon as a request was submitted by People for the Ethical Treatment of Animals (PETA). The ban is effectively applied to all the PU colleges who are instructed to use alternative methods like using 3-D flex models which the students can practically feel and with the help of videos.

The Medical Council of India’s (MCI) recently updated postgraduate curricular, which was condemned by PETA, under which countless rabbits and other animals will be forced to endure seizures, mutilations, suffocation, severe blood loss, and other cruel or deadly procedures. PETA has called on MCI to remove the use of all animals from the postgraduate medical curricula, in accordance with existing law and a Ministry of Environment and Forests directive.

Abdullah Khan, Joint Director of Department of Pre-University Education, Bengaluru , says “ We will be tracking all the colleges, to ensure that  they stop using the animals and we will send teams for surprise visits to check the effectiveness of the ban .”

In a letter to MCI, PETA India pointed out that using animals in such classroom experiments is an apparent violation of the 2012 directive of the then Ministry of Environment and Forests, which mandates the “discontinuation of dissection and animal experimentation” for postgraduate medical training.

Furthermore, they stated that by allowing the use of animals for hands-on student training, MCI is apparently violating subsections 17(2)(d) and (f) of The Prevention of Cruelty to Animals Act, 1960, which require, respectively, that experiments on animals be “avoided wherever it is possible” and that they not be “performed merely for the purpose of acquiring manual skill”.

“We have issued a circular not to use animals for dissection purposes and instead asked to use models. Since 2012 The National Council of Educational Research and Training (NCERT) stopped using animals to demonstrate dissections to grades 10 and 12,” says Abdullah Khan, Joint Director of Department of Pre-University Education.

Rohit Bhatia , Science Policy Advisor at PETA  said ,” After hearing from them, professor John Pawlowski,  who has been on the faculty of the Harvard Medical School since 1987, and is a co-director of the school’s pharmacology course, has designed hundreds of simulation scenarios, and  taught thousands of students using simulations.

He has written to MCI President Dr. Jayshree Mehta asking her to ensure that postgraduate medical students receive the best training possible by fully replacing cruel and deadly classroom use of animals with cutting-edge simulation technology, which, he states, is “academically superior, widely available, and more cost-effective”.

Similarly, Member of Parliament and former Health Minister Shatrughan Sinha sent a letter to Dr. Jayshree Mehta urging her to ban all animal dissection and experimentation in the teaching of postgraduate medical courses, in favor of using superior and humane non-animal methods.

In the letter, Sinha points out that such alternatives include cost-efficient computer-assisted learning, clinical exercises, and human-patient simulation technologies – training techniques that are already used in top medical schools worldwide. 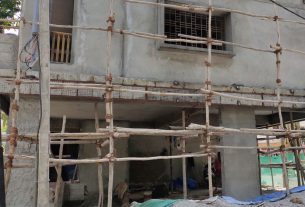 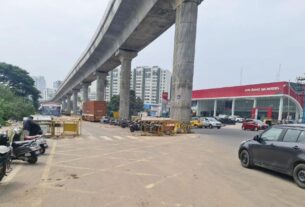 Mysuru Road Needs Another Brick in the Wall