With the decline in the usage of chemical pests, Karnataka has seen a rise in the demand for bio-pesticides by the farmers.

According to a report by the National Bureau of Agricultural Insects and Resources, there is a 40 percent increase in farmers that are now dependent on bio-pesticides for farming.

According to the Karnataka Agriculture Profile website, 13.74 million workers are dependent on agriculture in the state, and there are has been an increase in the awareness among the farmers to use natural pests rather than those made of chemicals.

Pertaining to the environmental hazards caused by indiscriminate use of insecticides and chemical pesticides, there has been a decline in the use of such agents for crop productions. As mentioned in the Organic Farming Directory of Karnatataka, the pesticides not only pollute the soil structure, but also carry potential health hazards in food and reduce the quality of food.

The Ministry of Agriculture has reported that the crops like wheat and pulses account for 5 percent, vegetables 9 percent, and other plantation crops 7 percent of the consumption of the pesticides in the state.

Dr. Srinivas, principal scientist at NBAIR, states, “There is no presence of toxicity in the bio control agents that are used for farming.”

Trichogramma, a bio control agent, has become famous among the farmers in Karnataka, mostly used in rice, sugarcane, vegetables, and fruits.

“We supply these bio agents to the farmers and various other companies as per the demand. This specific bio control agent is very efficient and kills other pests when they are in a form of egg,” explained Dr. Omprakash Navik, who is currently researching about Identification of Trichogrammadites.

According to the NBAIR annual report, 556 farmers came for training for bio pesticides this year so far, and around 500 farmers have bought this pesticide for their crops.

Under Mera Gaon – Mera Gaurav (MGMG), a scheme proposed by the government which promotes direct interface of scientists with the farmers for knowledge for best farm practices, the NBAIR has supplies around 1,000 bio pesticide cards to farmers, in 54 villages, in the state.

Among them, the demand by farmers from districts like Mandya, Ramnagara, Tumkur, is the largest.

Some farmers in Kumbalgodu, Bangalore, reported to the Softcopy that they have attended such training programs for awareness about the use of pesticides in their farming methods.

Dr Prashant Mohanraj, P.h.D in Agricultural Entomology, said, “Bio-control agents have always been available in nature. Farmers have started using it recently because of awareness among them about the difference between bio-pesticides and chemical-pesticides. He added, “India has only 37 species of the bio-control agent Trichogramma and they are in high demand today.” 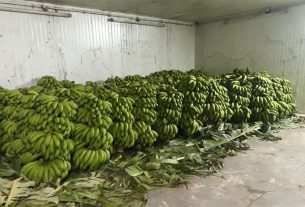 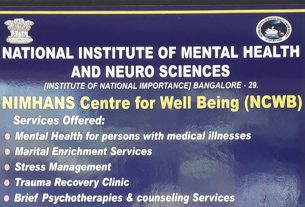 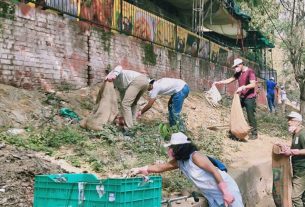 1 thought on “Shift From Chemical to Bio-Pesticides in Farming”