Bengaluru, Oct. 16, 2018 : Patients who go to the Bowring and Lady Curzon hospital and the K.C General hospital do not get the medicines that they are prescribed due to the insufficiency of drugs in the hospital pharmacy and the generic store inside the compound of the hospital.

The mother of the patient Ismail from Kavalbyrasandra, who came to the Bowring and Lady Curzon hospital to treat his son for a problem in his nose said, “They prescribed five medicines and a spray.  I just got two out of the five.  This is not the first time it is happening.

“Every time the hospital pharmacy does not provide me medicines that should be largely used as I’m getting it free of cost here.  Only those medicines which are not that usually used are given here.  They always tell me that the medicines are over.”

Sultana, mother of a six-year old from Tannery Road, came to treat her daughter for anaemia.   “My daughter has a blood count of below 6.1 (normal count should be around 11.9-15). I was prescribed two medicines and I did not get any of the medicines in the generic store. The pharmacist there told me the medicines are not available. I’m a Below Poverty Line (BPL) card- holder.  I come here because I get medicines in a subsidised rate.  Now, I have to go out and buy it, which will cost me more.”

This is not the case in just one hospital. The next large one in Bengaluru is K.C General Hospital, which also sometimes suffers from lack of medicines.

A patient, who did not want to be named, who came to get treated for fever, said that he just got two of the three medicines  he was prescribed . He then visited the generic store where he was told that the medicine was not available either

Another patient said that she usually comes to the hospital for checkups and got her medicines from the generic store. But the store usually did not have the medicines and will give her the phone number to call her once the medicine arrives, which will usually take two to three days.

Dr. Vishalakshi, Assistant Professor of Pharmacotherapeutics at the Chaitanya College of Pharmacy Education and Research Institute, said “The medicines are very important for a person and they should be available at all times. If it is an emergency and if the medicines are not available, the patient’s life can go into critical stage.  The lack of medicines can also cause deaths.  In availability of medicines in government hospitals puts a burden on the people as they have to buy medicines from outside.

The United Nations Development Program (UNDP) which is a part of the United Nations (UN) brought in a concept called the Sustainable development goals (SDG’s) to improve the standard of living of the people, who are part of the UN. According to this goal, the people should be given access to medicines, vaccines and be given universal health coverage. India is in 108th position globally with respect to good health and well being. 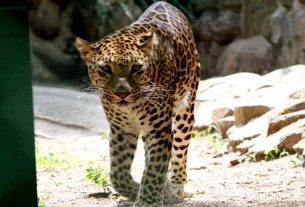 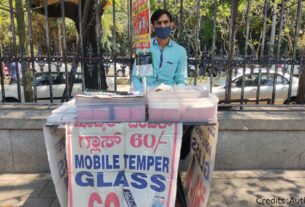 Solar energy yet to shine on PHCs

1 thought on “Patients Suffer Due to Lack of Medicines”