Dementia is growing in people who smoke, drink, have high blood pressure, or diabetes. For people over the age of 65, but not only, as it also affects people in their 40’s, 50’s and 60’s – which is then called early-onset dementia.

According to Dementia Care Notes, research shows that, in India 4.1 million people above age 60 have dementia. One in every 16 households with an elder has someone with dementia. The young also get dementia which adds 2 to 8 percent of victims. In India only one out of ten patients with dementia gets any diagnosis, treatment or care.

It cannot be cured but can be treated. Dementia with old age does not have treatment, but managing and modifying their life style could make their life better. Healthy life style in young age can reduce the risk of being affected with dementia later in life. According to NHS, following balanced diet, maintaining a healthy weight, exercising regularly and keeping blood pressure at a healthy level.

Pramila, the caretaker of her father has been suffering with dementia for the past five years. He has had multiple strokes and forgets his family members. He cannot have any control over his emotions. She said he is like a child.

According to Dr. Adi Narayana the young who get affected with dementia inherit it from their parents. Dementia before the age of 65 years can be early-onset dementia and working-age dementia.

People who are affected with Down’s syndrome and other disabilities may also get dementia. When a person is suffering with young-onset dementia they have trouble with vision, behaviour and language. After the age of 65, people get dementia when abnormal proteins are built in the brain, which causes cells to die.

He further added that Vascular Dementia is caused by reduction of blood supply to the brain. Mini strokes in the brain can damage the cells and lead to dementia. Most of the dementia cannot be cured.

Kiran, an expert in neurology said that dementia can be present in many neurological disorders. It is not a disease but a group of symptoms or many disorders. Dementia does not only include forgetfulness but also an inability to do anything normally accomplished by people on a daily basis.

Anu who works for KITES senior care specialist has said that they require physical, mental, and emotional support. Caretakers should be spontaneous when it comes to the patients’ needs and requirements. 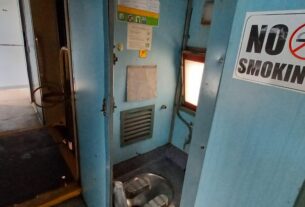