According to the data of 2017-2018, there has been a decrease in the number of acid attacks. In 2017 there were four cases, where as of August 2018, no cases were reported in Bangalore

Pragya Singh, the founder of the Atijeevan Foundation, a victim turned into a mentor and activist said, “there have been many acid attacks in the past, however there have not been any cases registered recently. The reason for the decrease could be that there is more awareness in the city, whereas in rural regions attacks have been happening throughout the country. Major shops in Bangalore banned the sales of acid, but general stores still have access to acid. The cause for these attacks is often caused by rejects of love or marriage proposals.”

She added that 80 percent of victims are women, and the rest are men.

Seemant Kumar Singh IPS, Additional Commissioner of Police, said the sentence will be carried out against the criminal according to the severity of the attack. The victim’s identity should not be revealed until the whole process of investigation is done. Minor’s names should not be revealed as per the law. After an acid attack, medical attention should be given to the victim as soon as possible. The mental agony of the victim is calmed with the help of a counselor.

With the help of the forensic department, the medical nature of the burns on the victim’s body is determined. When as acid is used on a person to harm, it becomes a weapon and the offender is arrested under IPC 307, which includes an attempt to murder.

Biomethanation plants to be started by June 2023 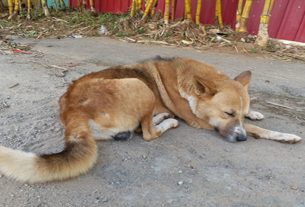